What does Fabia mean?

[ 2 syll. fa-bia, fab-ia ] The baby girl name Fabia is pronounced FAA-BYaa (Italian) †. Fabia's language of origin is Latin. It is predominantly used in German, Italian, Portuguese, and Spanish. The name Fabia means 'grower of beans'. It is derived from the word faba which is of the meaning 'bean'. An old form of the name is Fabia (Latin). The name was first adopted by English speakers in the 19th century. The Late Latin diminutive Fabiola was borne by a 4th-century matron of the famous patrician Roman family of the Fabii who founded the first Western hospital, but it is today best known from Queen Fabiola (1960-1993), the popular Spanish-born queen of the Belgians. Fabia is the feminine form of the Latvian, Lithuanian, and German Fabius.

The name Fabia is widely used; it has 22 forms that are used in English and foreign languages. English forms of Fabia include Faba, Fabah, Fabea, Fabeah, Fabeea, Fabiah, Fabiann, Fabianna, Fabianne, Fabiene, Fabiya, Fabra, Fabrea, Fabria, Fabya, Favia, Favianna, and Faviola. Forms used in foreign languages include the Italian Fabiana, the French Fabienne, and the Portuguese Fábia. The diminutive Fabiola (French, German, Italian, and Spanish) is another foreign form.

Fabia is an uncommon baby girl name. It is not in the top 1000 names. 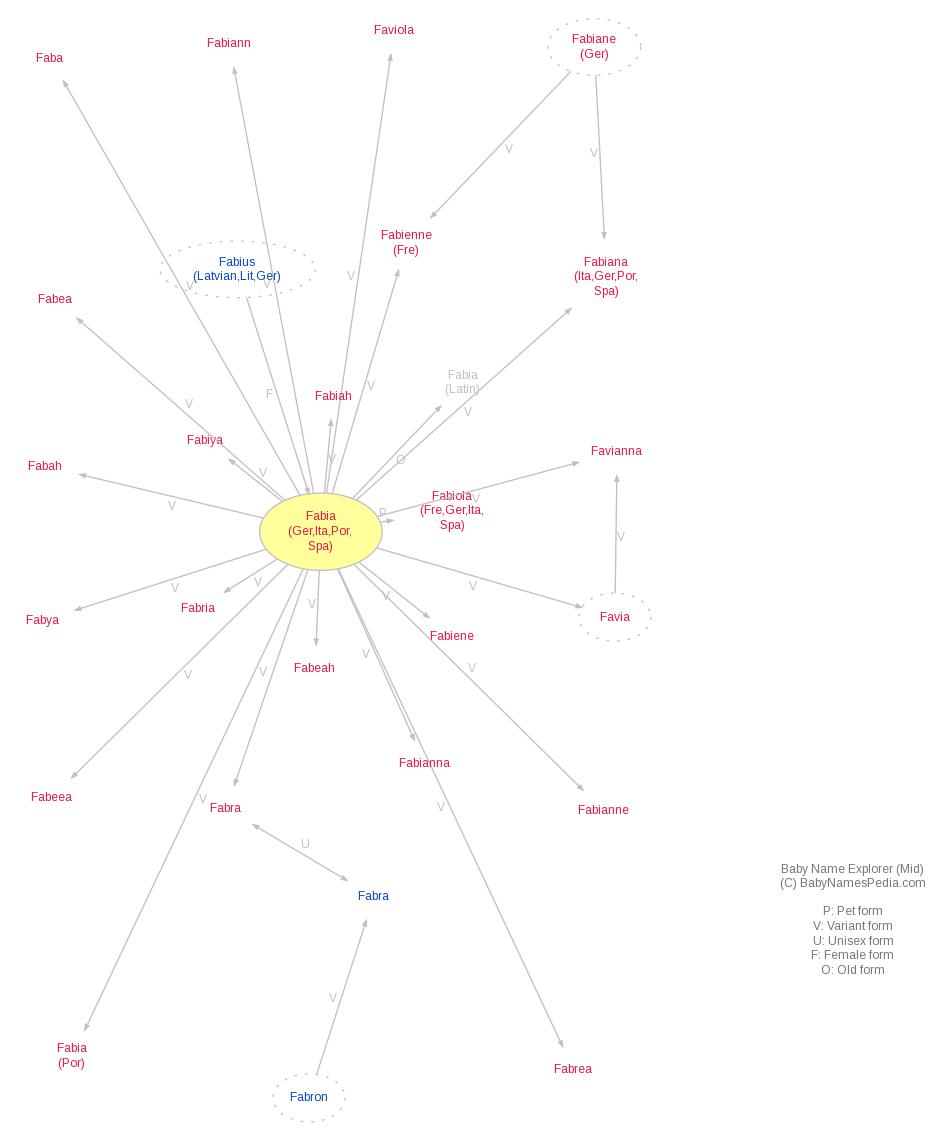