What does Fabrice mean?

[ 2 syll. fa-bri-ce, fab-r-ice ] The baby boy name Fabrice is pronounced as Faa-BRIY-Z †. Fabrice is used predominantly in the English and French languages, and it is derived from Latin origins. Fabricius (Latin) is an old form of Fabrice. The first name is from the Roman surname, which is itself derived from 'faber' (meaning craftsman, blacksmith). It has not been borne by any saints, but it is nevertheless endorsed by the Catholic Church in tribute to the 3rd-century Roman statesman Gaius Fabricius Luscinus, who was known for his austerity and incorruptibility. The name Fabrizia (Italian) is the female version of Fabrice.

Fabrice has 13 variants that are used in English and other languages. Variants used in English include Fab, Fabreace, Fabreece, Fabreice, Fabriano, Fabricius, Fabriece, Fabritius, and Fabryce.

Fabrice is rarely used as a baby name for boys. It is not listed in the top 1000 names. 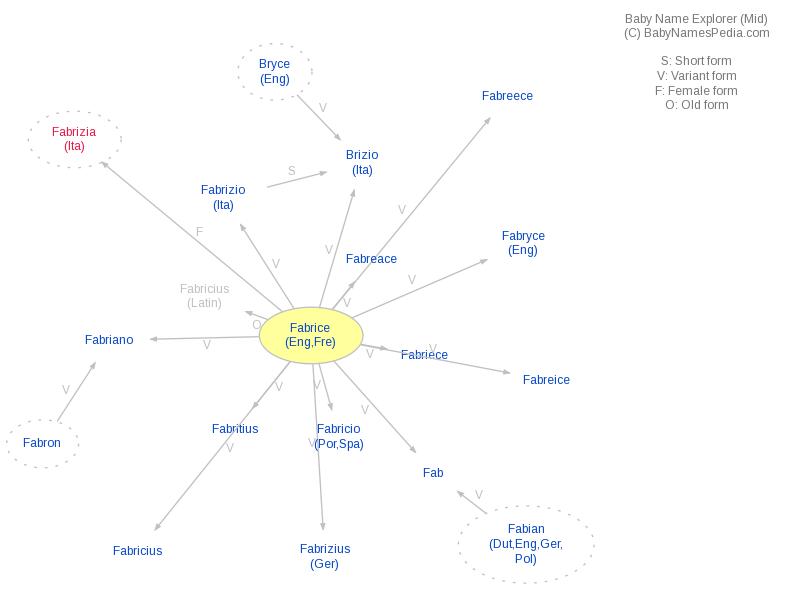