[ syll. fa-dri, fad-ri ] The baby boy name Fadri is pronounced as FAEDRIY †. Fadri's language of origin is unknown, and it is used largely in the German and Rhaeto-Romanic languages. The name is possibly a Swiss or Rhaeto-Romanic (Romansh) form of Friedrich, or else it could from the name Frederick.

Variant forms inherit the origin and meaning of Fadri.

Fadri is unusual as a baby name for boys. It is not listed in the top 1000 names. 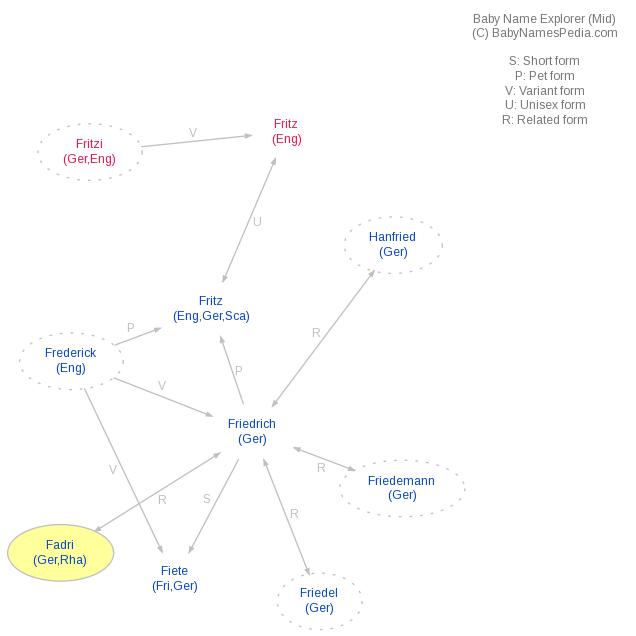