What does Farhad mean?

[ 2 syll. far-had, fa-rh-ad ] The baby boy name Farhad is pronounced FaaRHHaa-D †. Farhad has its origins in the Persian language. Farhad's meaning is 'happiness'. The name was borne by five kings of the Arsacid Empire. It has also appeared in legend as a mythical character who fell in love with Shirin, the wife of the Persian king Khosrau II.

A derivative of Farhad is the name Farhat.

Farhad is not popular as a baby name for boys. It is not in the top 1000 names. 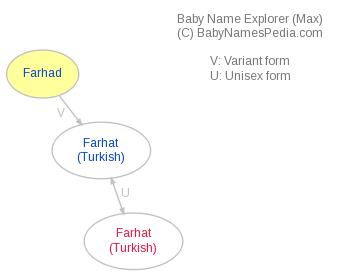