What does Farrah mean?

Farrah is used mostly in English and its language of origin is Middle English. The name Farrah means pleasant, lovely one.

Farrah's origin is Arabic. Here, the meaning is 'happy'.

Farrah is uncommon as a baby girl name. At the height of its usage in 1977, 0.092% of baby girls were given the name Farrah. It was #177 in rank then. The baby name has dropped out of favor since then, and is used only on a very modest scale today. Within all girl names in its family, Farrah was nonetheless the most popular in 2018. 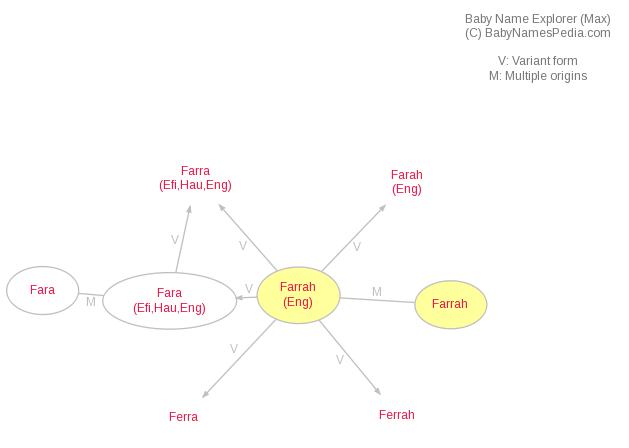