What does Farrell mean?

[ 2 syll. far-rel(l), fa-rre-ll ] The baby boy name Farrell is pronounced as FAHRehL †. Farrell is mainly used in the English language and its language of origin is Irish Gaelic. The meaning of the name is a superior man, heroic.

Farrell is a rare baby boy name. At the modest peak of its usage in 1935, 0.009% of baby boys were given the name Farrell. It was #592 in rank then. The baby name has experienced a decline in frequency since then, and is today of irregular use. Out of all boy names in its family, Farrell was nonetheless the most widely used in 2018. 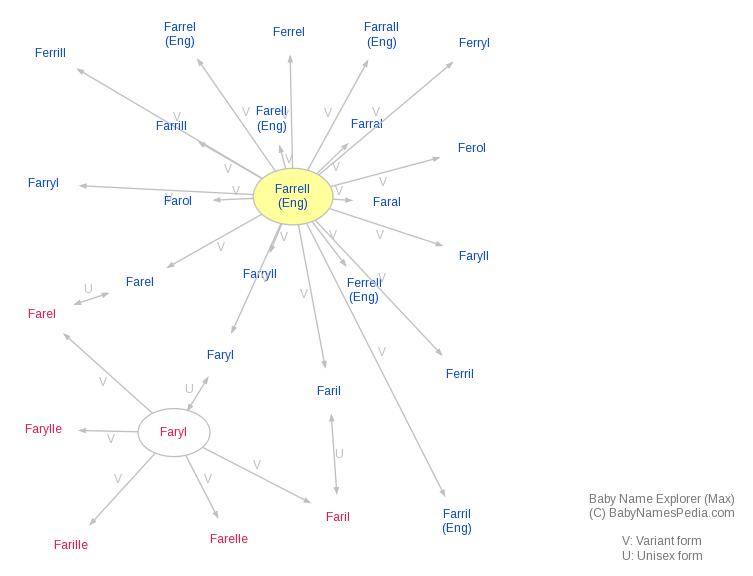