What does Faryd mean?

[ syll. fa-ryd, far-yd ] The baby boy name Faryd is pronounced as FEHRihD †. Faryd's language of origin is Arabic. Faryd is a variation of Farid (Arabic and English).

Faryd is an uncommon baby boy name. It is not listed within the top 1000. 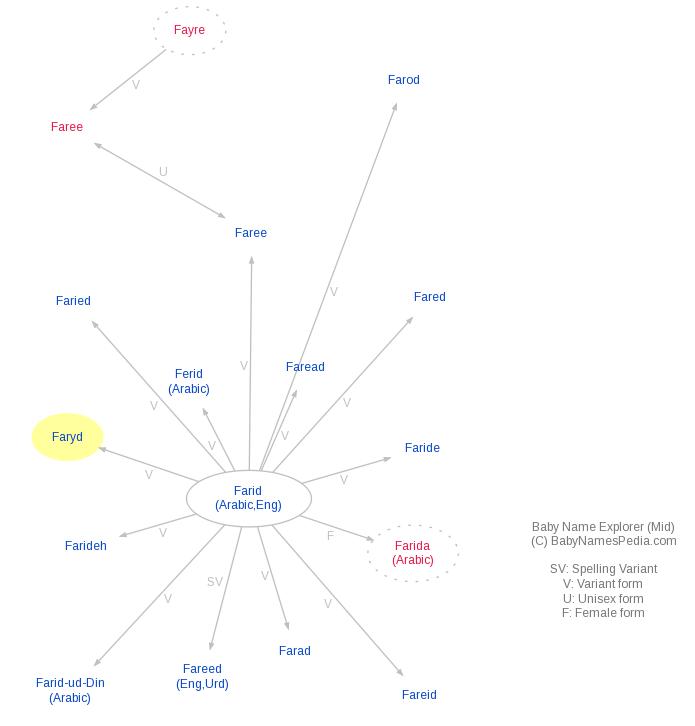