What does Fatima mean?

[ 3 syll. fa-ti-ma, fat-ima ] The baby girl name Fatima is pronounced FAA-Tiy-Maa- †. Fatima is of Arabic origin. It is used mainly in Arabic, English, Portuguese, Spanish, and Swahili. The meaning of Fatima is 'chaste (one who abstains), motherly (one who weans an infant)'. It is derived literally from the word fatima which is of the meaning 'abstaining, weaning'. The name was borne by the youngest and favorite daughter of Muhammad (606-632), who was the only child of his to have descendants. Through its associations with the Muslim virtues of chastity and abstention, the name has been popular in the Islamic world. The name was adopted on a occasional basis by English speakers in the 20th century, especially among Roman Catholics in honor of Our Lady of Fatima, a title given to the Virgin Mary by those who believe that she appeared to three shepherd children at Fátima, Portugal in 1917.

Fatima is rather popular as a baby girl name. The name's popularity increased from the 1970s up to the 2000s; before that, it was of only irregular use. At the modest height of its usage in 2006, 0.073% of baby girls were named Fatima. It was #228 in rank then. The baby name has slipped in popularity since then. In 2018, it ranked at #344 with a usage of 0.050%, but it was nevertheless the most popular within all girl names in its family. 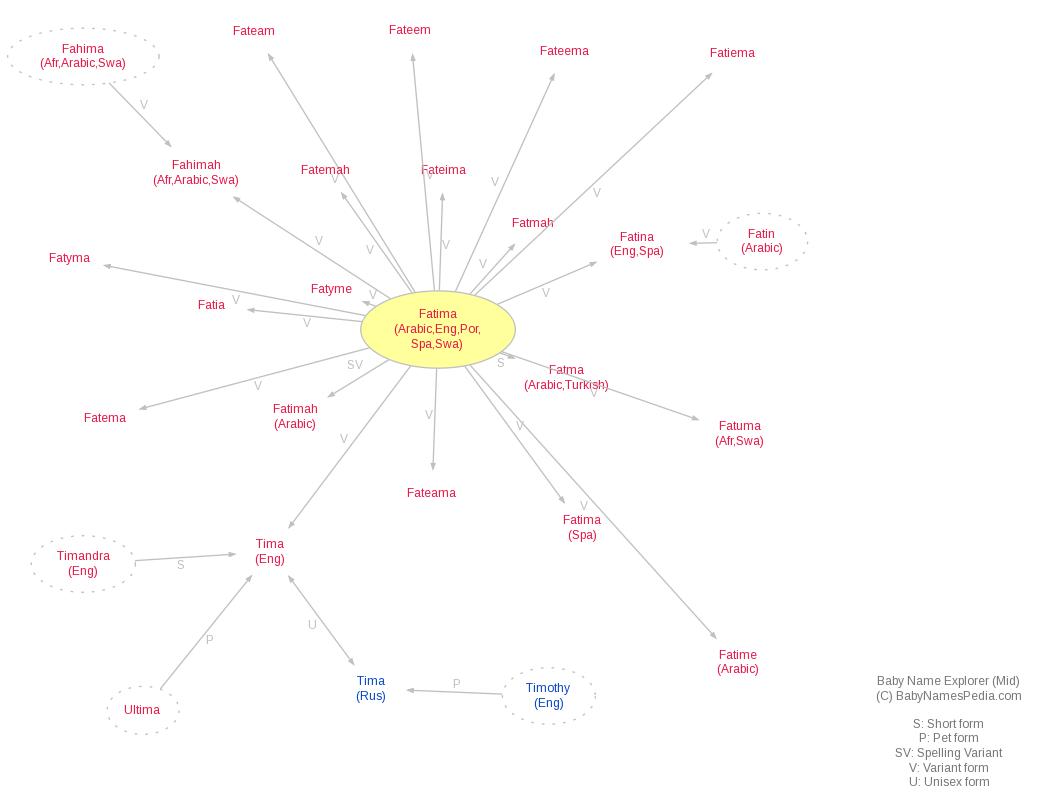