What does Fatma mean?

[ 2 syll. fa-tma, fat-ma ] The baby girl name Fatma is pronounced as FAETMaa- †. Fatma is used predominantly in the Arabic and Turkish languages. It is derived from Arabic origins. Fatma is a short form of the name Fatima (Arabic, English, Portuguese, Spanish, and Swahili).

Fatma is not frequently used as a baby girl name. It is not listed in the top 1000. In 2018, among the family of girl names directly linked to Fatma, Fatima was the most popular. 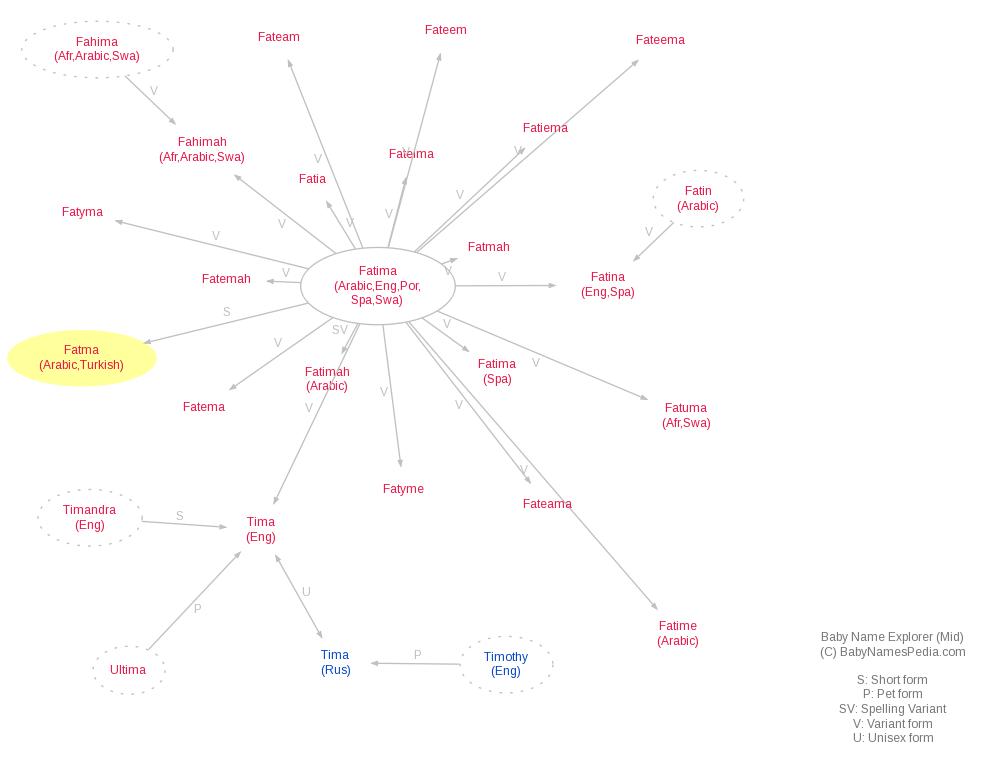