What does Fawn mean?

[ 1 syll. faw(n), fa-wn ] The baby girl name Fawn is pronounced Fae-N †. Fawn has its origins in the English language and it is also used largely in English. Its meaning is literally from the ordinary word fawn. The name could be derived from the English word, for its connotations of a young deer's innocence. It could also be from the combination of the names Fay and Dawn. The name was first used by English speakers in the 19th century.

Fawn is uncommon as a baby girl name. At the modest height of its usage in 1977, 0.012% of baby girls were named Fawn. It was #764 in rank then. The baby name has seen a substantial drop in frequency since then, and is currently used only on a very light scale. Within all girl names in its family, Fawn was nevertheless the most widely used in 2018. 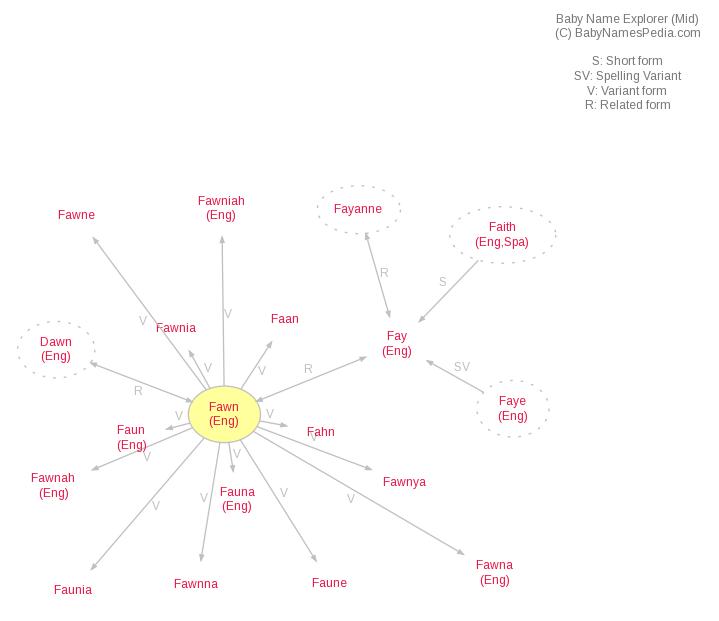