What does Fedor mean?

[ 2 syll. fe-dor, fed-or ] The baby boy name Fedor is pronounced Feh-DAO-R or FEY-Dao-R †. Fedor's language of origin is Old Greek, and it is predominantly used in Czech, Polish, and Russian. Fedor is a variant transcription of Theodore (English, French, and Greek).

Fedor is an uncommon baby name for boys. It is not listed within the top 1000 names. In 2018, out of the group of boy names directly related to Fedor, Theodore was the most widely used. 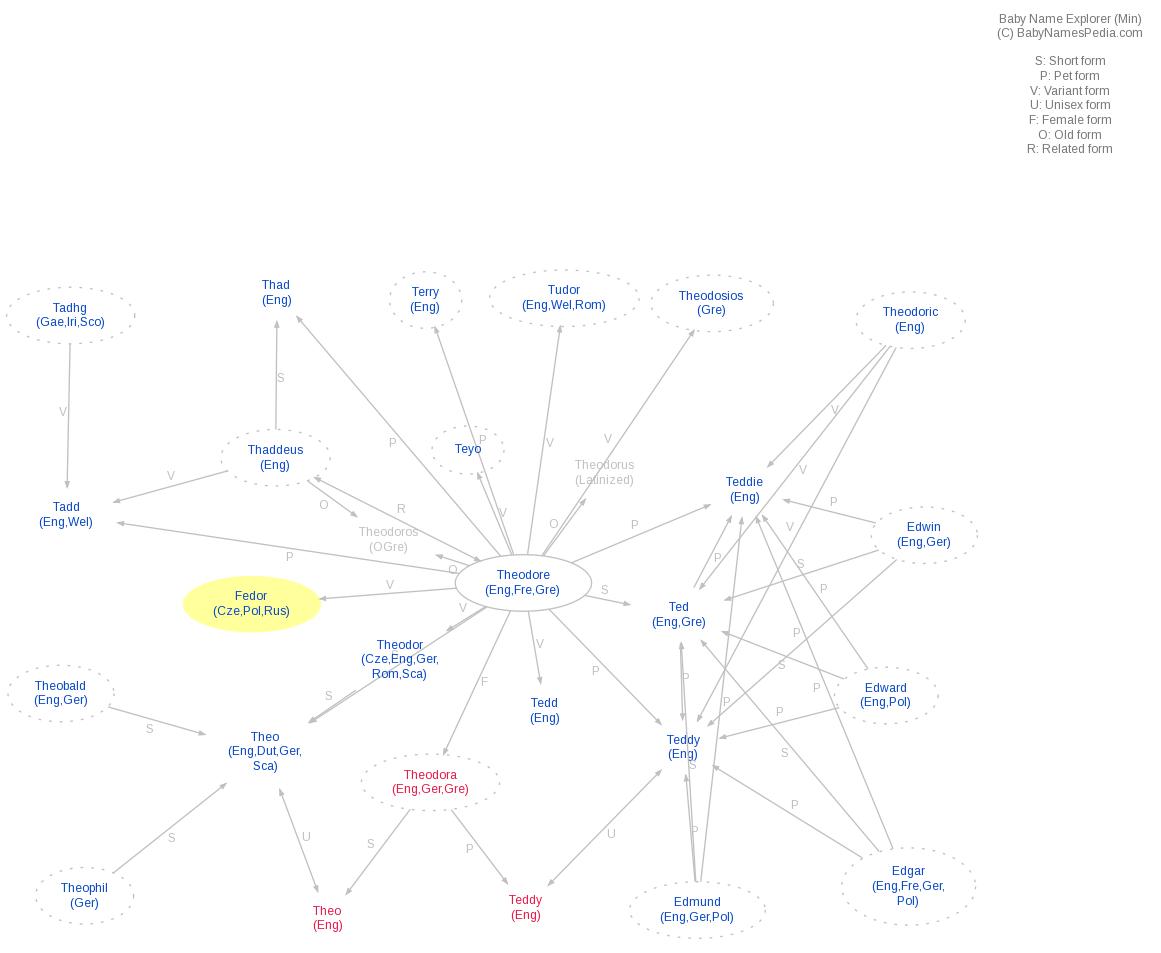