What does Fenella mean?

[ 3 syll. fe-nel-la, fen-e-lla ] The baby girl name Fenella is pronounced FeyNiyLaa †. Fenella is of Celtic origin. It is used mainly in the English, Irish, and Scottish languages. The name is the Anglicized form of the Irish name Fionnuala, which is also found as Fionnghuala, Fionnaghuala, Finnguala, Fionola, and other variants. In Irish mythology, Fionnuala was the daughter of Lir; she was turned into a swan by her stepmother and subsequently wandered for 900 years before the spell was broken. Her wanderings later became the subject of Thomas Moore's The Song of Fionnuala. The name was adopted by English speakers in the 19th century, popularized by a character bearing the name in the Sir Walter Scott novel Peveril of the Peak (1823).

In addition, Fenella is a variation of Fiona (English, Gaelic, German, and Scottish).

Fenella is also a variation of Fionnghuala (Irish).

Fenella is also a variation of Fionnuala (Irish, English, and Gaelic).

The origin and thus the meaning of Fenella is inherited by all variant forms.

Fenella is unusual as a baby girl name. It is not listed in the top 1000. Out of the family of girl names directly linked to Fenella, Nora was the most regularly used in 2018. 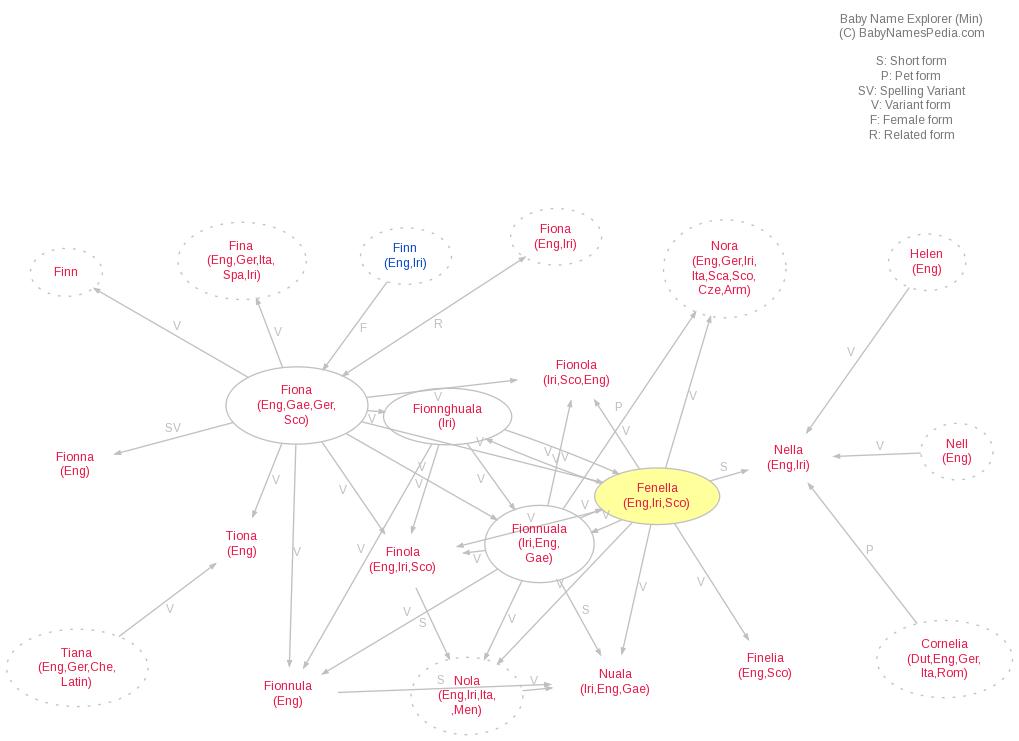