What does Fidelia mean?

[ 4 syll. fi-de-lia, fid-el-ia ] The baby girl name Fidelia is pronounced as Fiy-DEY-Liy-aa- †. Fidelia's language of origin is Latin and it is predominantly used in Spanish. It is derived from the word fidelis which is of the meaning 'faithful'. The name was adopted by English Puritans along with other virtue names in the 17th century. It has appeared in various literary works such as Edmund Spenser's poem The Faerie Queene (1590,1596) and William Wycherly's comedy play The Plain Dealer (1676). Fidelia is the feminine equivalent of the English, German, and Spanish Fidel.

The name Fidelia is widely used; it has 22 forms that are used in English and foreign languages. English forms of the name include Fedella, Fidea, Fidel, Fidele, Fidelina, Fidelitea, Fidelitee, Fidelitey, Fideliti, Fidelitie, Fidelity, Fidelja, Fidell, Fidella, Fidelle, Fidelma, Fides, Fidessa, Fydell, and Fydella. Another English form is the diminutive Delia (used in Greek, and Italian too). The Spanish Fidela is a form of Fidelia that is used in foreign languages.

Fidelia is not commonly used as a baby girl name. It is not in the top 1000 names. 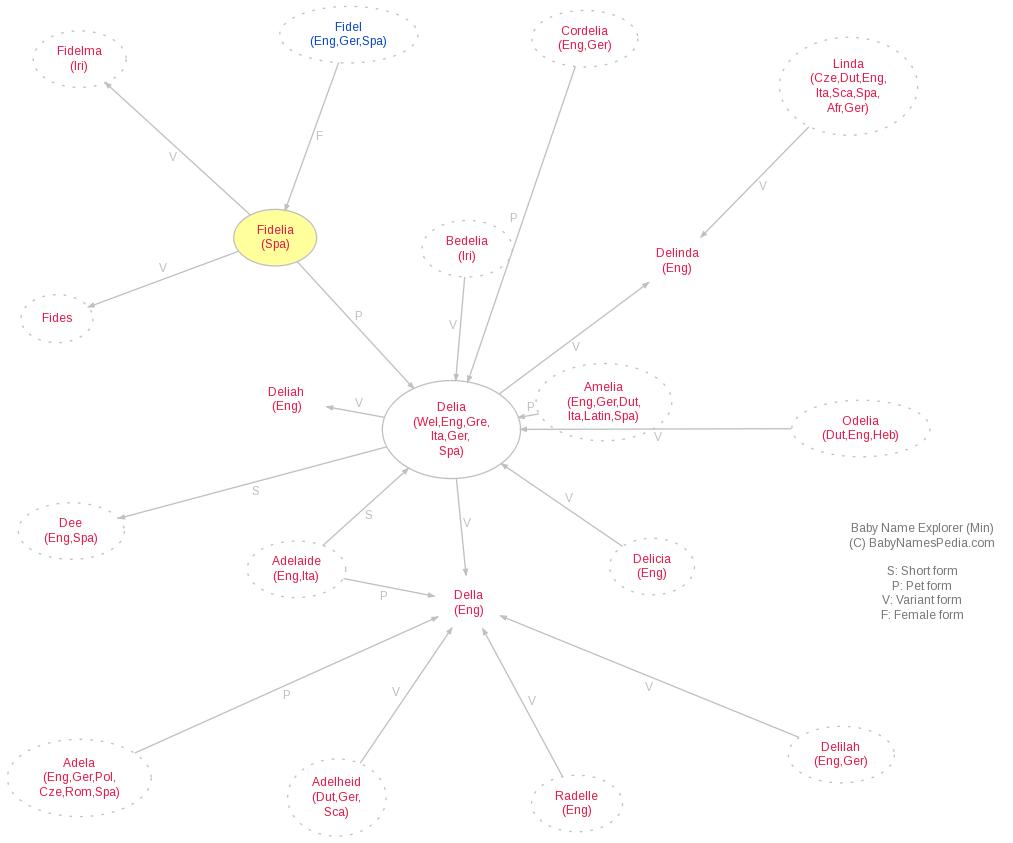