What does Fido mean?

Fido's language of origin is Latin, and it is predominantly used in the English and German languages. The name's meaning is 'I am faithful'. It is derived from the element fidelis meaning 'faithful'. This used to be a popular name for dogs.

Fido is of Old French origin. Here, the meaning is son of God. It is derived from the elements 'fitz' meaning son ; 'deu' God. This was a medieval nickname often given to an illegitimate child, often that of a priest. It was later adopted as a surname, which later gave rise to its use as a first name.

Fido is a derivative of the English, German, and Spanish Fidel.

Fido is seldom used as a baby name for boys. It is not listed within the top 1000 names. 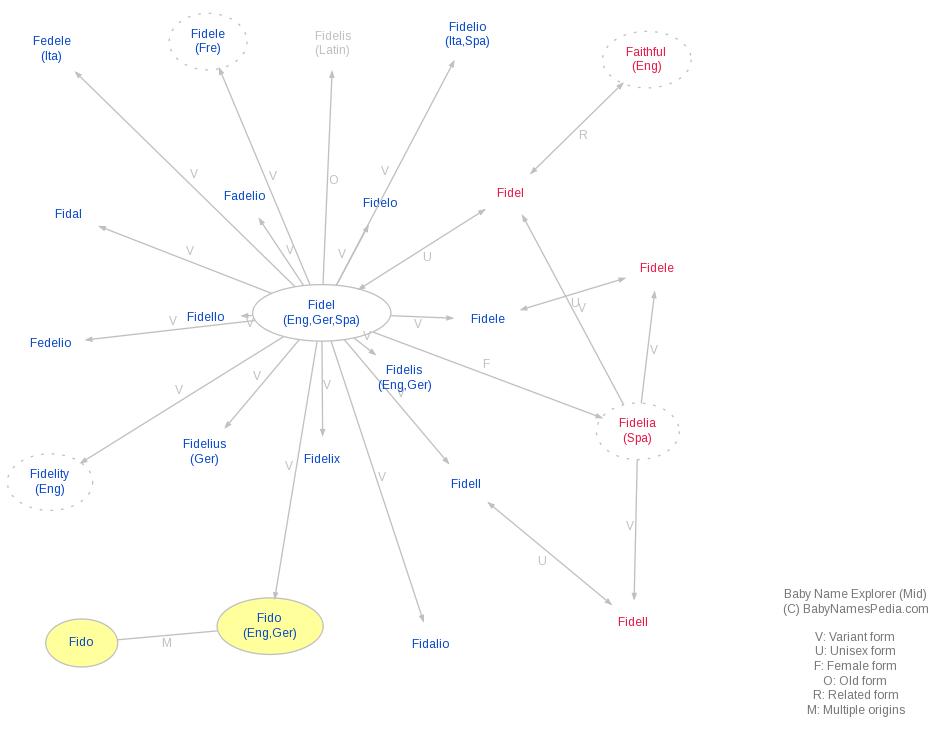