What does Fingal mean?

[ syll. fin-gal, fi-ng-al ] The baby boy name Fingal is of Celtic origin and it is used largely in the Scottish language. The name is of the meaning 'fair stranger'. It is derived from fionn meaning 'white, fair' ; gall 'stranger'. The name is Anglicized from Fionnghall (Scottish Gaelic), borne initially by the fair-haired Norwegian and Icelandic settlers in Scotland. It later became well-known as the name of the warrior hero in James Macpherson's epic poem Fingal (1762), which he claimed were based on the legendary Celtic hero Finn.

Fingal is a variation of Finn (English and Irish).

Fingal is also a variation of Fionnghall (Scottish).

Fingal is rarely used as a baby name for boys. It is not listed in the top 1000 names. In 2018, among the group of boy names directly linked to Fingal, Finn was the most widely used. 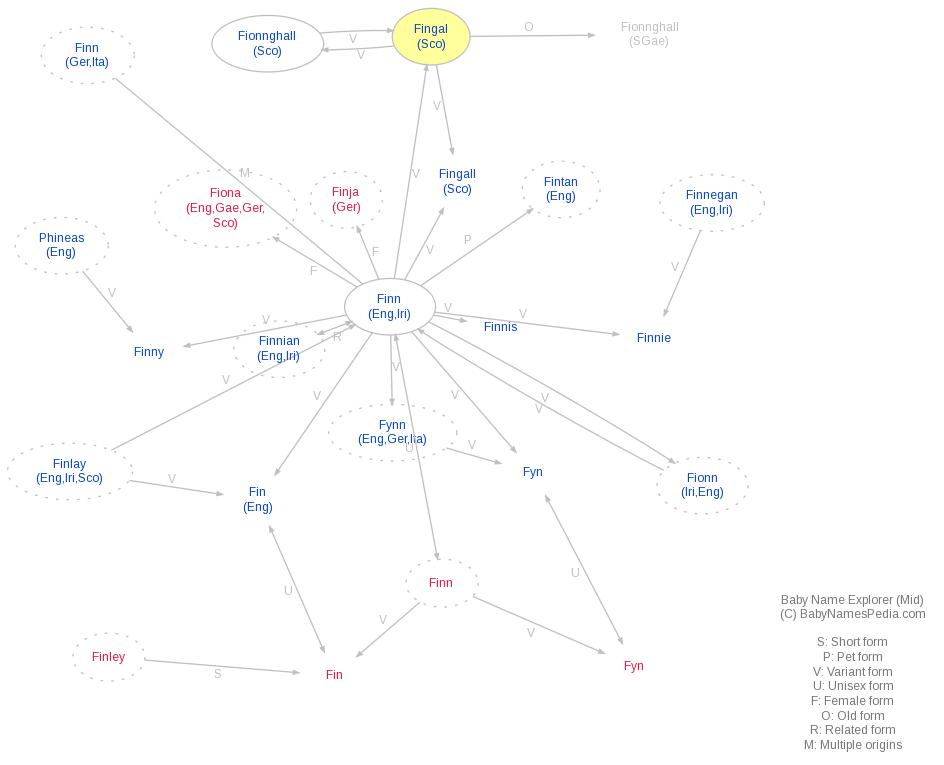