What does Finn mean?

[ 1 syll. fin(n), fi-nn ] The baby girl name Finn is also used as a boy name, with the latter form being far more popular. It is pronounced FihN †. Finn is of Irish and Celtic origin. See Finn for more information.

Finn is a form of the name Finley.

Finn is also a form of the English, Gaelic, German, and Scottish Fiona.

Forms of Finn include the names Fin, Fyn, and Fynn.

Finn is uncommon as a baby girl name. It is not in the top 1000 names. Within the family of girl names directly related to Finn, Finley was the most regularly used in 2018. Finn has in the last century been primarily given to boys. 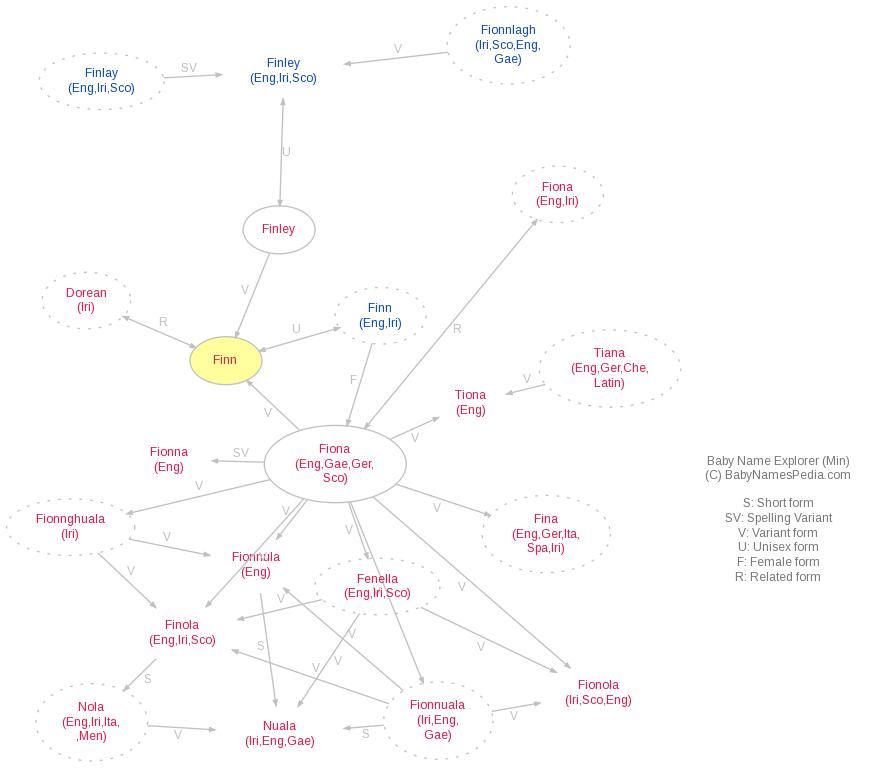