What does Finn mean?

[ 1 syll. fin(n), fi-nn ] The baby boy name Finn is sometimes used as a girl name. Its pronunciation is FihN †.

Finn is used predominantly in the English and Irish languages, and it is derived from Celtic origins. Celtic origin: It is derived from the element 'fionn' which means white, fair. The name is Anglicized from the Gaelic Fionn. The name was borne in Irish mythology by the fair and wise hero Finn MacCool (Fionn mac Cumhail). He could have been based on a historical person who defended Ireland against Norse invaders. The name is also known from Huckleberry Finn, a character in Mark Twain's novels. The name Finja (German) and the name Fiona (English, Gaelic, German, and Scottish) are the female versions of Finn.

Finn is used chiefly in the German and Italian languages, and its origin is Old Norse. It is derived from the element 'finnr' which means Finn. Finnr (Old Norse) is an older form of Finn. The old form of the name was originally a Swedish nickname for someone from Finland, or else a short form of various names starting with 'Finn-'.

In addition, Finn is a variant (English) of the name Finlay (English, Irish, and Scottish).

Finn is also a variant of the name Fionn (Irish and English). 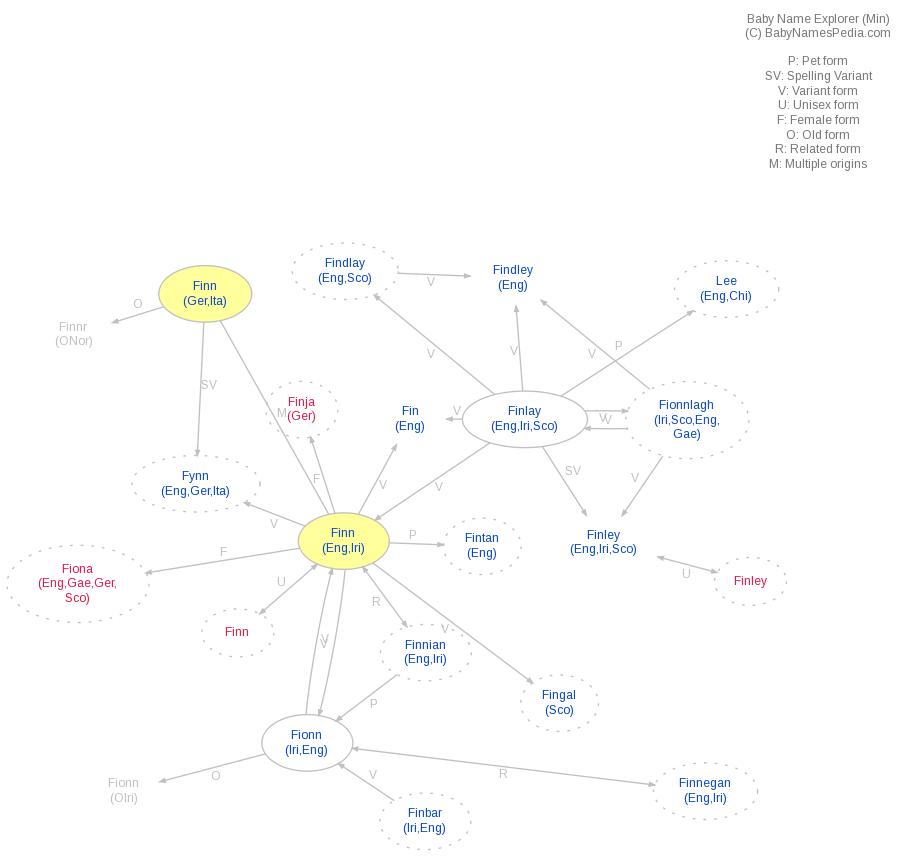