What does Finnian mean?

[ 3 syll. fin-nian, fi-nni-an ] The baby boy name Finnian is pronounced as FIHN-iy-ahN †. Finnian is used predominantly in English and Irish, and it is derived from Celtic origins. Finnén (Old Irish) is an original form of the name. The name is derived from 'fionn' (meaning white, fair) combined with a diminutive suffix. It was borne by two 6th-century bishops in Ireland, notably Saint Finnian of Clonard (470-549), the founder of monasticism in Ireland. The name has in recent times been made known by Fred Astaire's last musical Finian's Rainbow (1968).

Fionn (Irish pet form) and Finian (English and Irish spelling variant) are other forms of the name.

Finnian is a seldom used baby name for boys. It is not listed within the top 1000 names. In 2018, among the group of boy names directly related to Finnian, Finn was the most frequently used. 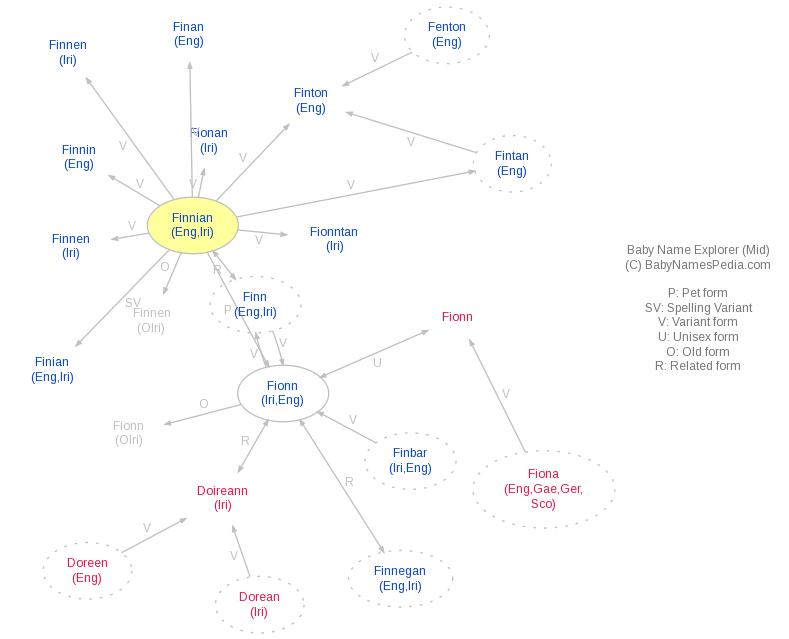