What does Fionn mean?

[ 1 syll. fion(n), fi-o-nn ] The baby boy name Fionn is also used as a girl name. Its pronunciation is FihN †. Fionn is used chiefly in the Irish and English languages, and its origin is Celtic. It is derived literally from the word 'fionn' which means white, fair. Fionn (Old Irish) is an old form of Fionn. In Irish mythology, Fionn mac Cumhaill, also known as Finn MacCool, was a warrior-hunter who led the Fenian Brotherhood. He gained the nickname Fionn when his hair turned white prematurely.

In addition, Fionn is a variant of the name Finbar (Irish and English).

Fionn is also a variant of the name Finn (English and Irish) in the Irish language.

Fionn is also a pet form of the name Finnian (English and Irish) in the Irish language.

The name Finn is a variant of Fionn.

Fionn is not regularly used as a baby name for boys. It is listed outside of the top 1000 names. In 2018, out of the group of boy names directly linked to Fionn, Finn was the most widely used. 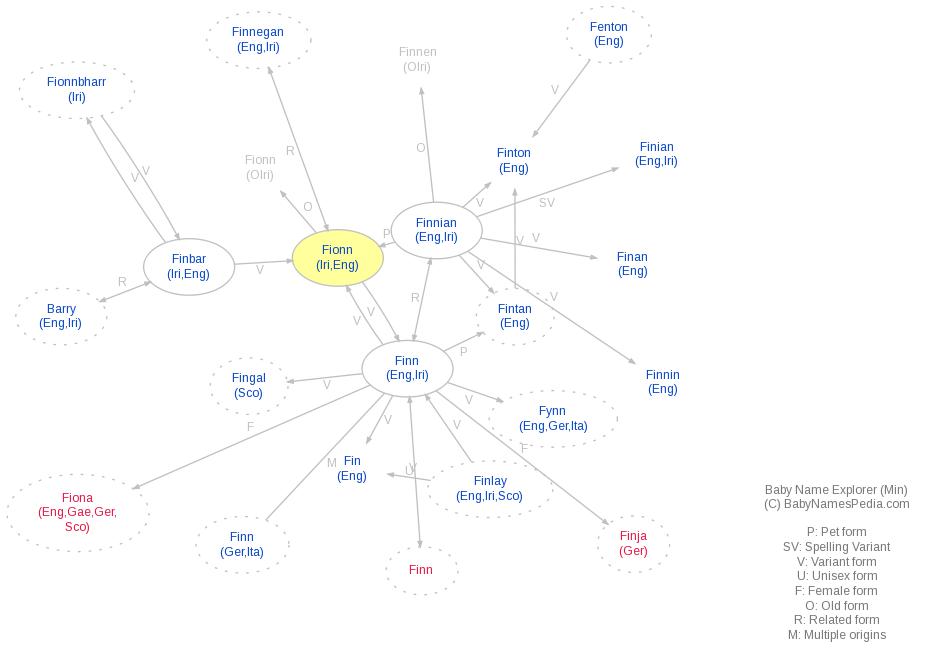