What does Firmin mean?

[ 2 syll. fir-min, fi-rm-in ] The baby boy name Firmin is pronounced as F-ERMihN †. Firmin is largely used in the French language, and it is derived from French and Latin origins. Latin origin: It is derived from the element 'firmus' which means firm, steadfast. Firminus (Latin) and Firmus (Latin) are old forms of Firmin. The name was in medieval times often associated with Paul's command to Christians to be 'steadfast' in the faith. It was thus popular among early Christians, including several early saints such as Saint Fermin (272-303), co-patron of Pamplona, and Saint Pirmin (670-753), who founded several Benedictine monasteries.

In addition, Firmin is a variant of the name Firman.

The name Firmina is the female equivalent of Firmin.

Fermin (Spanish), Firmino (Italian and Portuguese), and Pirmin (German and Rhaeto-Romanic) are variants of Firmin.

Firmin is not regularly used as a baby name for boys. It is not listed in the top 1000 names. 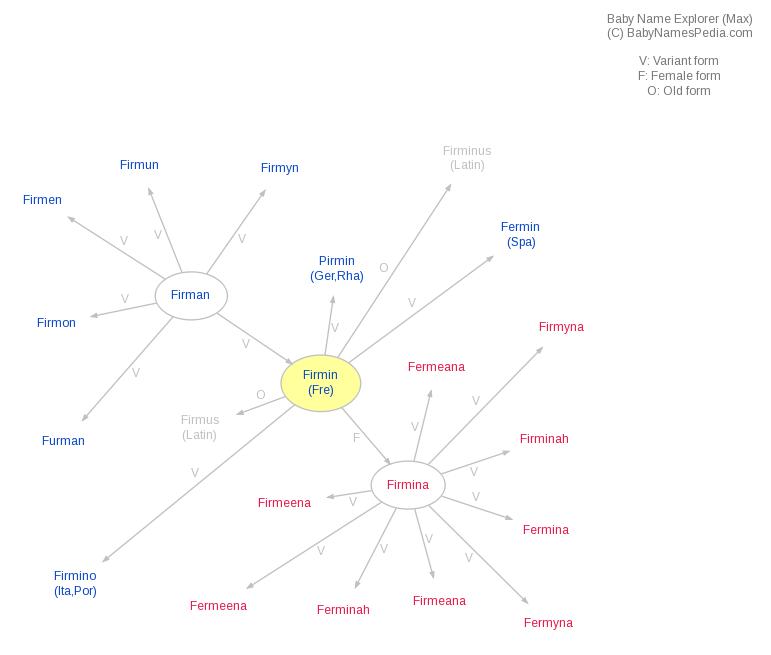