What does Flair mean?

[ 1 syll. flai(r), fl-a-ir ] The baby girl name Flair is pronounced FLEHR †. Flair is of English origin. The baby name is derived from the English word flair meaning 'special aptitude, style, panache' or 'scent'. The latter was the original meaning derived from the Latin 'flairer' meaning 'to smell', and the meaning of the English word was influenced in the early 20th century by the notion of a hunting dog's special skill in tracking scents.

Flair is uncommon as a baby girl name. It is not listed within the top 1000. 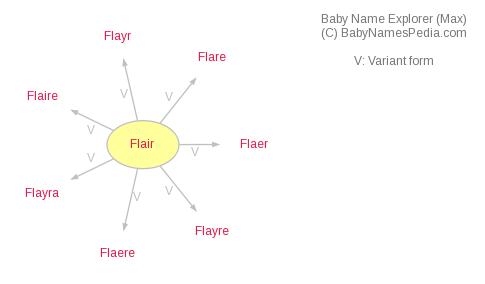