What does Flavio mean?

[ 2 syll. fla-vio, fl-av-io ] The baby boy name Flavio is also used as a girl name. It is pronounced in Italian and Spanish as FLAA-VYow †. Flavio is used predominantly in the Italian and Spanish languages, and it is derived from Latin origins. The first name is derived from the Roman family name Flavius (Latin), which was originally a nickname from the element 'flavus' (meaning yellow, yellow-haired, blond), possibly given to someone with blond hair. The family name was borne by Roman emperors such as the 1st century Titus Flavius Vespasianus, who took the name Caesar Vespasianus Augustus and is known as the emperor Vespasian, and his son Titus Flavius Vespasianus who is known as the emperor Titus. The name Flavia (Italian) is the female version of Flavio.

Flavio is not regularly used as a baby name for boys. It is not listed in the top 1000 names. 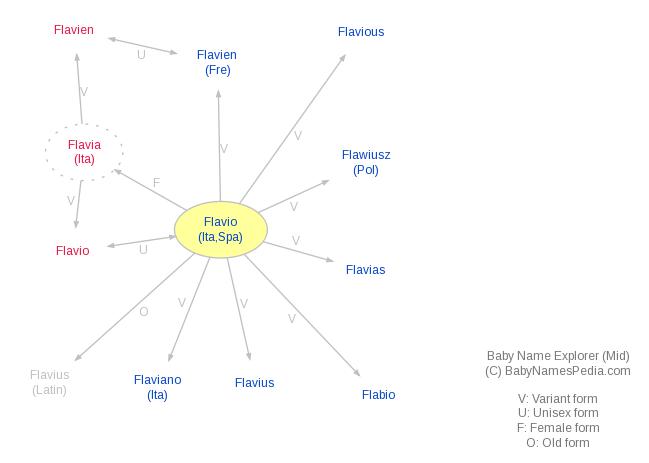