What does Forrest mean?

[ 2 syll. for-res(t), fo-rre-st ] The baby boy name Forrest is sometimes used as a girl name. Its pronunciation is FAOR-ehST †. Forrest is used chiefly in the English language and it is derived from Old French origins. The first name is derived from the English surname, which is in turn from an Old French surname of the element 'forest'. The Old French surname was originally a byname for someone who lived in or around a forest. The given name was first used by English speakers in the 19th century; it was popularized in the USA by Nathan Bedford Forrest (1821-1877), a lieutenant general in the Confederate Army.

Forest (English variant spelling) is another form of Forrest.

Forrest is a classic favorite. At present it is still a fairly popular baby name for boys, though to a lesser extent than it was before, and it is also viewed as fairly trendy. At the modest peak of its usage in 1913, 0.074% of baby boys were given the name Forrest. Its ranking then was #173. The baby name has since steeply declined in popularity. In 2018, its usage was 0.025% and its ranking #571, somewhat regaining its popularity in the recent decade. Out of all boy names in its group, Forrest was the most popular. In 2018, Forrest was twice as popular as the subsequent ranked name, Forest. In the past century Forrest has predominantly been a baby boy name. In 1907, baby boys named Forrest outnumbered girls by 15 times. 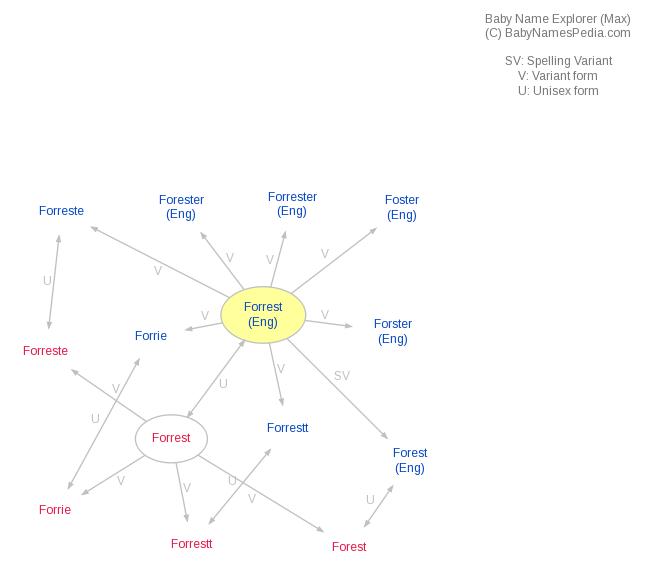