What does Fortuna mean?

[ 4 syll. for-tu-na, fo-rt-una ] The baby girl name Fortuna is pronounced as FaoRTAYUW-Naa- †. Fortuna's language of origin is Latin and it is used mainly in the Italian language. Fortuna is a variant of Fortunata (Italian, Portuguese, and Spanish).

Fortuna is rarely used as a baby name for girls. It is listed outside of the top 1000 names. 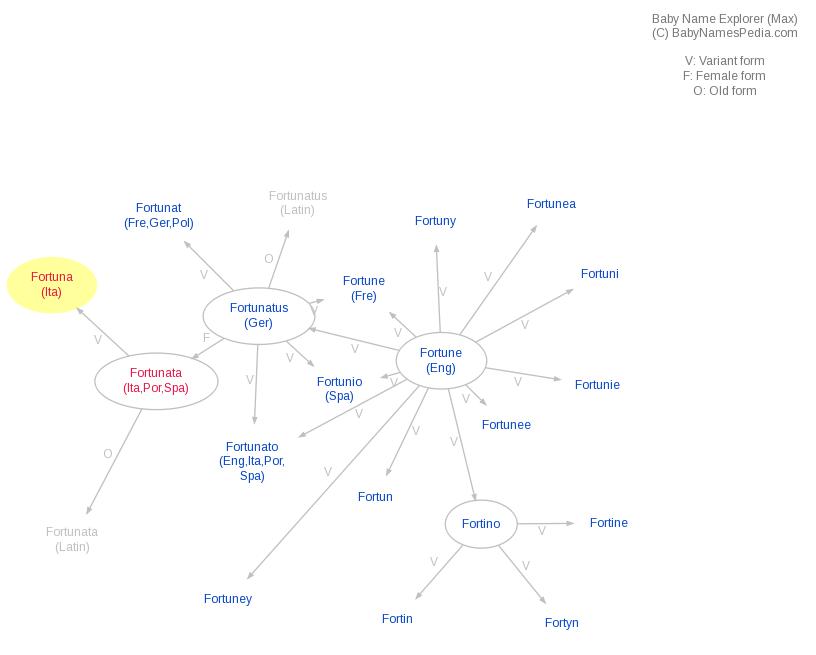