What does Frankie mean?

[ 2 syll. fran-kie, fr-ank-ie ] The baby boy name Frankie is also used, and more often so, as a girl name. It is pronounced as FRAE-NGKiy- †. Frankie is largely used in the English language, and it is derived from Italian and Germanic origins.

Frankie is a pet form of the name Francis (English).

Frankie is unusual as a baby name for boys. Its usage peaked modestly in 1945 with 0.042% of baby boys being given the name Frankie. Its ranking then was #232. The baby name has since dropped out of favor, and is now of very light use. In 2018, among the group of boy names directly linked to Frankie, Frank was the most commonly used. There were times from 1945 to 2014 that the name Frankie was given more often to boys, but it is more popular as a girl name today. In 2017, 42% more girls than boys were given the name Frankie. 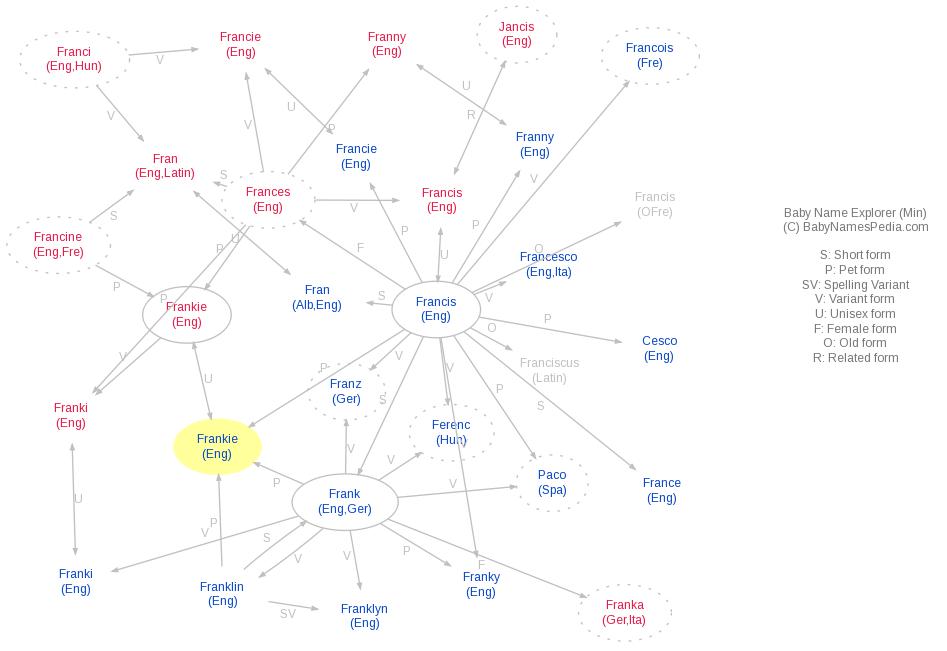