What does Franklin mean?

[ 2 syll. fran-klin, fr-ankl-in ] The baby boy name Franklin is pronounced as FRAENGKLihN †. Franklin is of Germanic origin and it is predominantly used in the English language. Franklin is a variant transcription of Frank (English and German).

Frankie (familiar form in English), Frank (contraction in English and German), and Franklyn (variant spelling in English) are forms of Franklin.

Franklin is an all-time favorite. Currently it is still a rather popular baby boy name, but not to the degree it was in the past. Its usage peaked in 1933 with 0.526% of baby boys being given the name Franklin. It was #33 in rank then. The baby name has experienced a steep decline in popularity since then, and in recent years it is of only modest use. In 2018, it ranked at #435 with a usage of 0.036%. Among the family of boy names directly linked to Franklin, Frank was the most commonly used. It was 16% more frequently used than Franklin in 2018.

A baby name that sounds like Franklin is Franklyn (English). 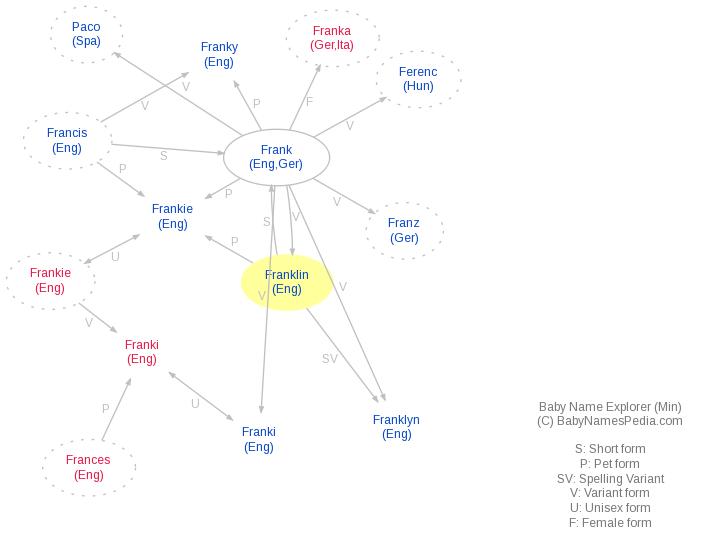