What does Franz mean?

[ 1 syll. fran(z), fr-a-nz ] The baby boy name Franz is also used as a girl name, but it is much more common for boys. Its pronunciation is FRaeNHHTS or FRahNTS †. Franz is a German name of Italian and Germanic origin. The name was introduced into the Habsburg royal family in the 18th century when Francis I, or Franz, Grand Duke of Tuscany (1708-1765), married Maria Theresa of Austria. The name Franz was adopted by his descendants, notably the Archduke Franz Ferdinand, whose 1914 assassination sparked off World War I. This is a popular Roman Catholic name in German-speaking countries.

Franz is also a German variant of the name Frank (English and German).

Franz is uncommon as a baby name for boys. At the modest height of its usage in 1965, 0.003% of baby boys were given the name Franz. It ranked at #996 then. The baby name has since experienced a fall in popularity, and is now of very light use. Within the group of boy names directly linked to Franz, Frank was the most popular in 2018. Franz has in the past century been mostly given to baby boys. 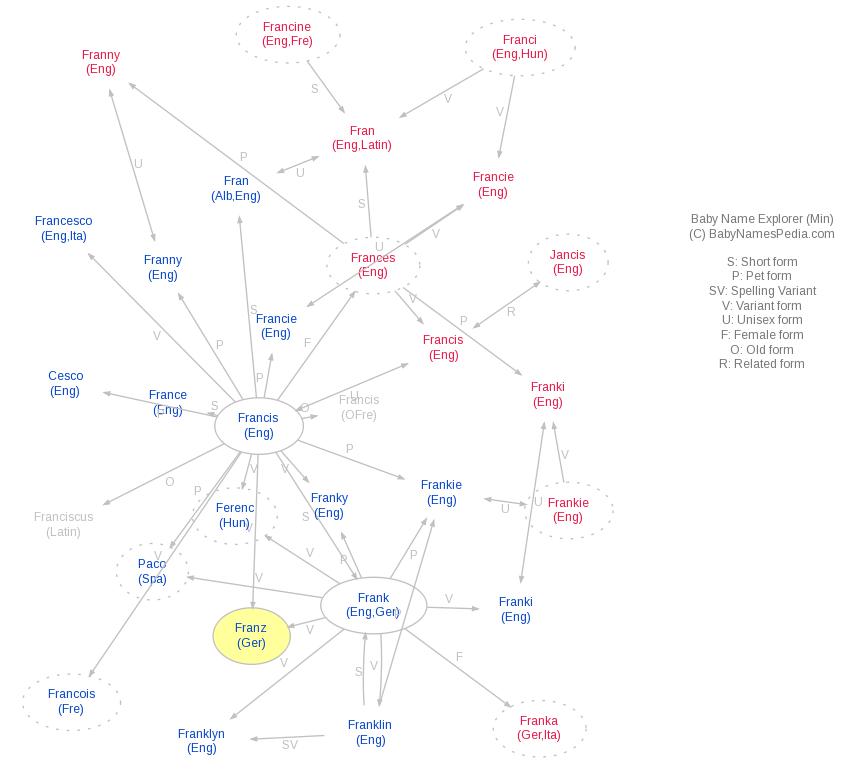