What does Fraser mean?

[ 2 syll. fra-ser, fr-as-er ] The baby boy name Fraser is pronounced as FRahSEH-R or FREY-Z-er †. Fraser is mainly used in the English and Scottish languages. It is of Old French origin. It is derived from the word 'fraise' meaning strawberry. The first name is from a leading Scottish family name. The surname is of obscure origin; it is probably of Norman origin from an unidentified place name. The first name was used by English speakers since the early 20th century, and it has a strong Scottish flavor.

Fraser is a rare baby boy name. It is not ranked within the top 1000. 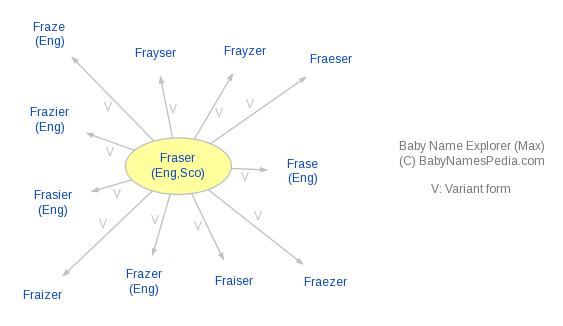