What does Frederick mean?

[ 3 syll. fre-de-ric(k), fr-ederi-ck ] The baby boy name Frederick is pronounced as FREHD-eh-RihK †. Frederick is an English name of Germanic origin. The name is of the meaning peaceful ruler. A two-element name, it is derived from the elements 'fridu' meaning peace, protection, safety ; 'ric' rich, powerful, ruler. Fridurich (Germanic) and Frithareiks (Gothic) are older forms of Frederick. The name was introduced by the Normans to England in the 11th century, but it was more popular in continental Europe then, especially among royalty, rather than in England. The name saw a revival among English speakers in the 18th century amidst the enthusiasm for Germanic names when Hanover and Britain were united. In Irish, the name is used as an Anglicized form of the Gaelic Feardorcha. The name Frederica (English, Italian, and Portuguese) is the female equivalent of Frederick.

Frederick is a classic favorite. Currently it is still fairly popular as a baby name for boys, though it was in more widespread use previously. At the modest height of its usage in 1913, 0.372% of baby boys were given the name Frederick. Its ranking then was #49. The baby name has since experienced a marked fall in popularity, and is of occasional use in recent years. In 2018, its usage was only 0.030% and its ranking #496. Within the group of boy names directly linked to Frederick, Eric was the most regularly used. In 2018, its use outnumbered Frederick's by 4 times. 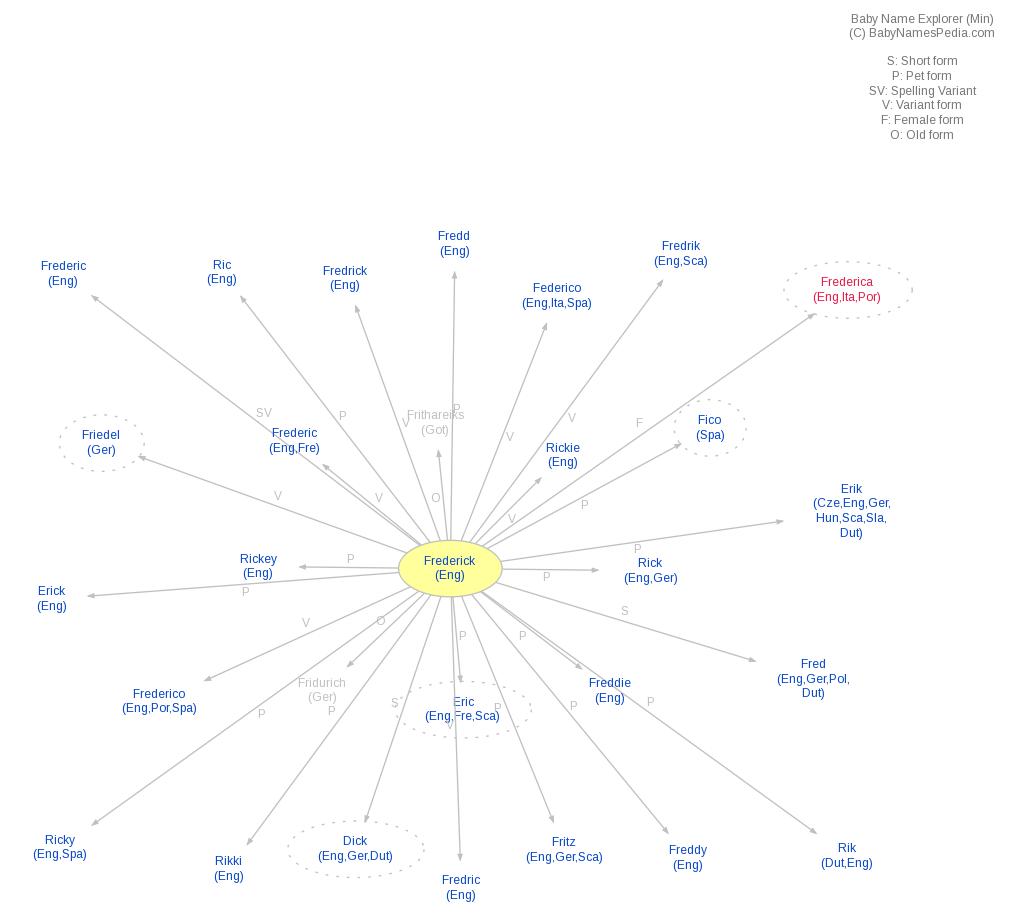