What does Freeman mean?

[ 2 syll. free-man, fr-eem-an ] The baby boy name Freeman is pronounced as FRIY-MaeN †. Freeman is of English origin and it is also used mainly in English. Freeman is of the meaning 'free man'. The first name is derived from the English surname, which was originally given to someone who was not a serf.

Freeman is unusual as a baby name for boys. Its usage peaked modestly in 1905 with 0.033% of baby boys being named Freeman. Its ranking then was #290. The baby name has since fallen out of favor, and is used only on a very light scale today. Among all boy names in its group, Freeman was nevertheless the most commonly used in 2018. 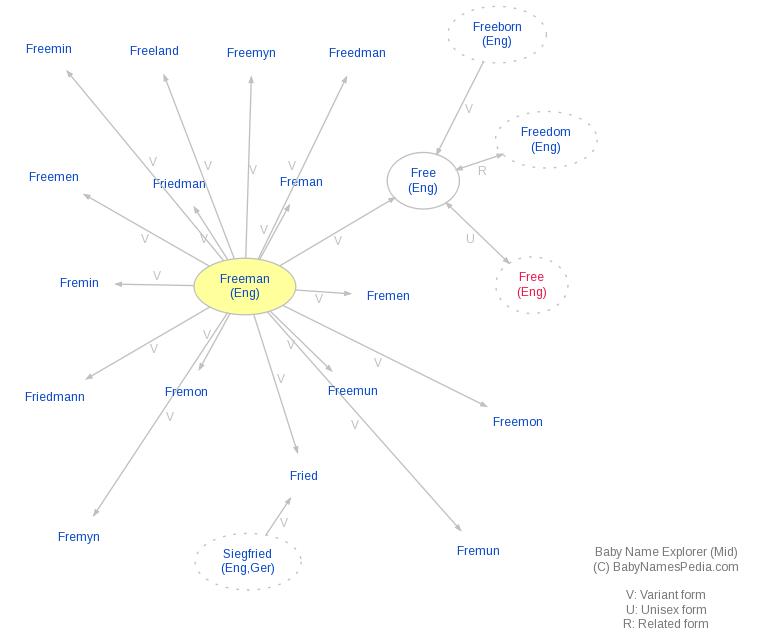