What does Freydis mean?

[ syll. frey-dis, fr-eyd-is ] The baby girl name Freydis is used chiefly in Scandinavian and it is derived from Old Norse origins. The name Freydis means woman of Freyr. The name was borne by Freydís Eiríksdóttir, a daughter of Erik the Red who was involved in the Norse exploration of North America.

Freydis is an uncommon baby girl name. It is not listed within the top 1000. 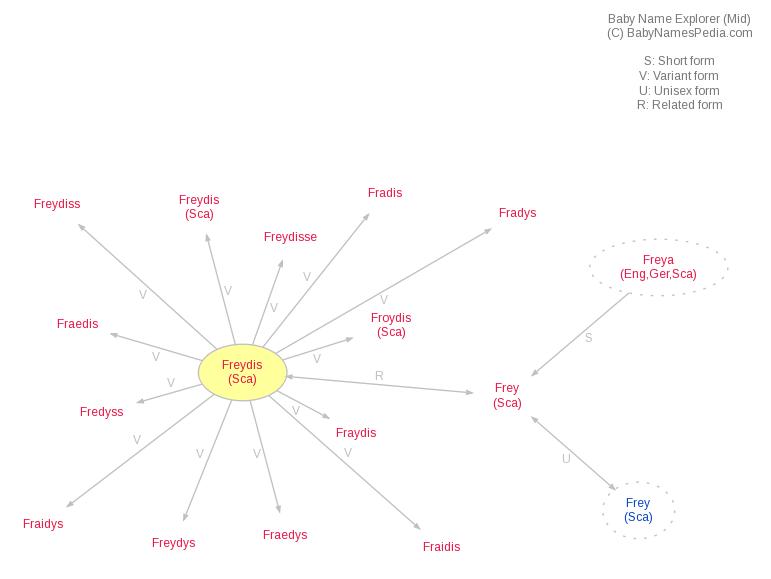