What does Fyodor mean?

[ 4 syll. fyo-dor, fy-od-or ] The baby boy name Fyodor is pronounced FAYAO-Dao-er or FAYOWD-er †. Fyodor is of Old Greek origin and it is predominantly used in the Russian language. Fyodor is a derivative of the English, French, and Greek Theodore.

A derivative of Fyodor is the Russian diminutive Fedya.

Fyodor is not frequently used as a baby boy name. It is not ranked within the top 1000. In 2018, out of the family of boy names directly linked to Fyodor, Theodore was the most widely used. 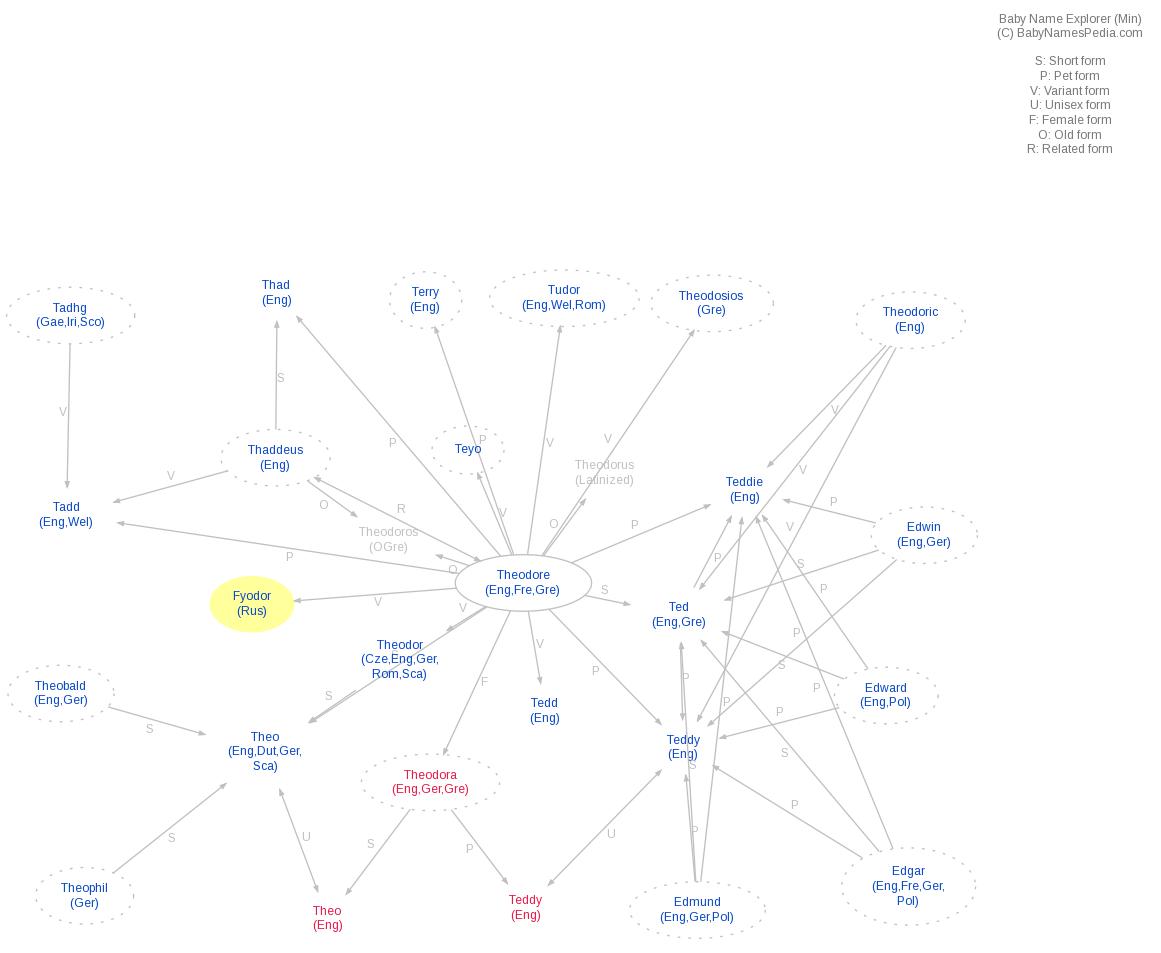