What does Gabriel mean?

[ 3 syll. ga-briel, gab-ri-el ] The baby boy name Gabriel is sometimes used as a girl name. It is pronounced in English as GEY-BRiy-ahL, in French as Gae-BRiy-EHL, or in Polish as GAAP-RYehL †. Gabriel is used chiefly in the Dutch, English, French, German, Portuguese, and Spanish languages, and its origin is Hebrew. The name's meaning is man of God, hero of God; my strength is God. A biblical name, it is derived from the elements 'geber' meaning man, strong man ; 'el' God, powerful. Gabriyel (Hebrew) is an original form of Gabriel. The name was borne by an archangel in the Bible; in the Old Testament he appeared to Daniel, and in the New Testament to Zacharias and also Mary, to whom he announced the coming birth of Jesus. The name was adopted occasionally by English speakers in medieval times in the forms Gabel and Gabell. The name Gabriele (German) is the female form of Gabriel.

Gabriel is a very popular baby name for boys. The name's popularity has been growing since the 1900s. Its usage peaked in 2010 with 0.625% of baby boys being given the name Gabriel. It ranked at #21 then. In 2018, its usage was 0.432% and its ranking #35, and it was the most frequently used among all boy names in its group. In the past century Gabriel has mostly been a baby boy name. In 2001, the name Gabriel was given to 44 times as many baby boys than girls. 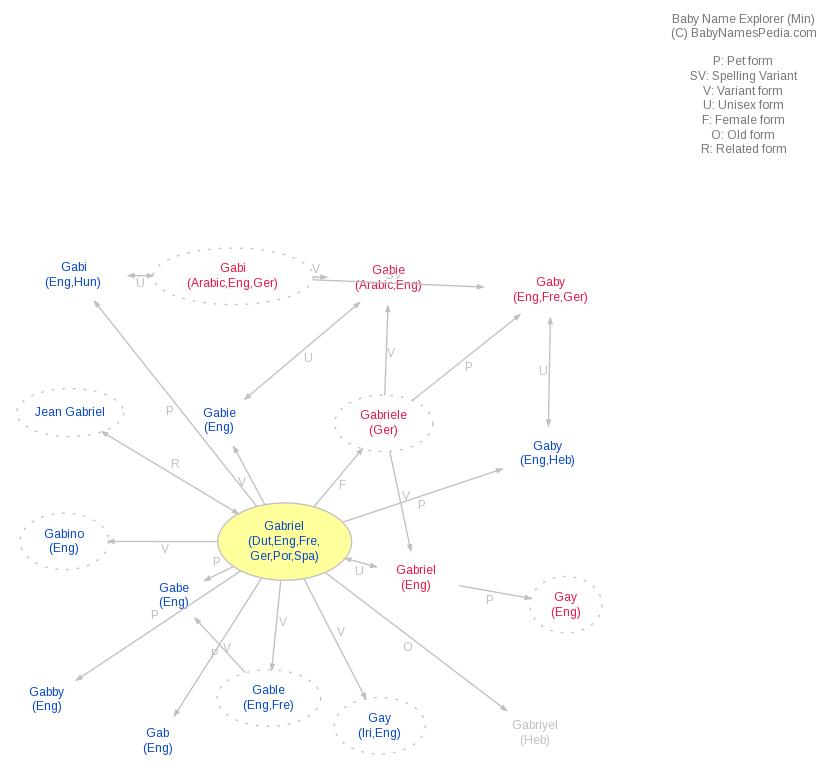