What does Gabriele mean?

[ 3 syll. ga-brie-le, gab-ri-ele ] The baby girl name Gabriele is also used as a boy name. It is pronounced Gaa-BRiy-EHL †. Gabriele is of Hebrew origin and it is used mainly in German. The meaning of Gabriele is 'woman of God, heroine of God; my strength is God'. It is a biblical name derived from geber which means 'man, strong man' ; el 'God, powerful'. The generic name has been used in various contexts, including the New Testament of the Bible and the Old Testament. Gabriele is the feminine form of the Dutch, English, French, German, Portuguese, and Spanish Gabriel.

Gabriele is uncommon as a baby girl name. It is not in the top 1000 names. Out of the family of girl names directly related to Gabriele, Gabriella was the most regularly used in 2018. 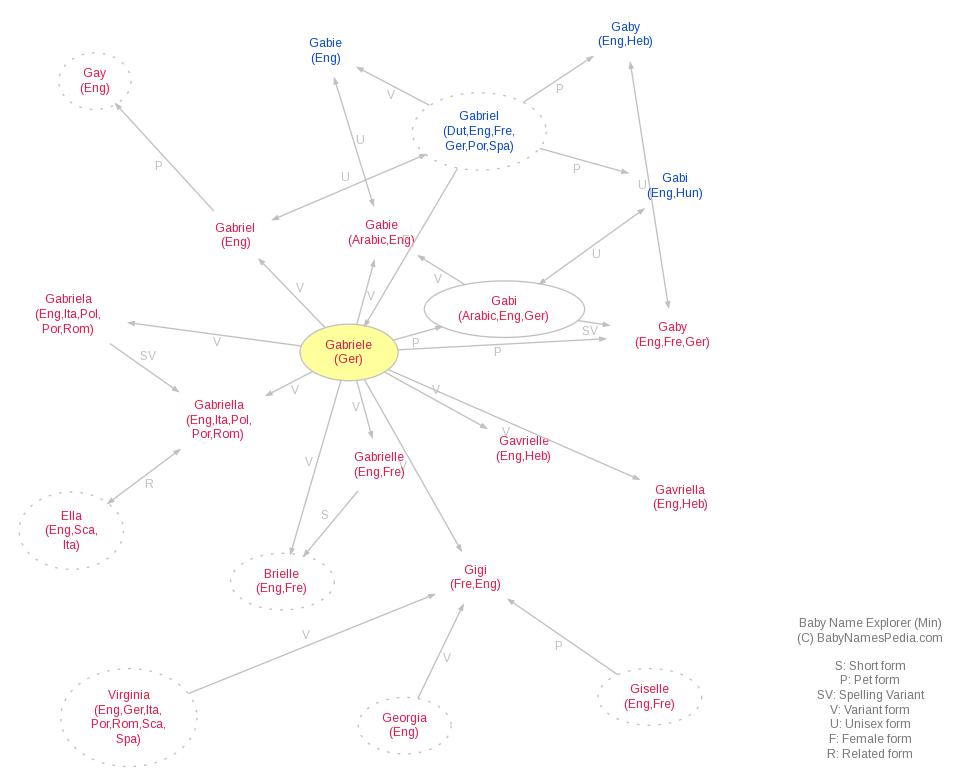