What does Gael mean?

[ 1 syll. gae(l), ga-el ] The baby boy name Gael is sometimes used as a girl name. It is pronounced as GEYL †. Gael is used predominantly in the French and English languages, and it is derived from Celtic and Middle English origins. Celtic origin, French use: The name is of obscure origin; it could be from the word 'gaelic', referring to descendants of the ancient Celts in Ireland, Scotland and the Isle of Man. The name is popular in Brittany, France.

In addition, Gael is a variant of the name Gale (English).

Gaele, Gaell, Gaelle, and Gall are variants of Gael.

Gaël (French variant spelling) is another form of Gael.

Gael is popular as a baby name for boys, and it is also viewed as trendy. The name's popularity has been growing since the 2000s; before that, it was of very modest use only. Its usage peaked recently in 2018 with 0.151% of baby boys being given the name Gael. Its ranking then was #132. Among all boy names in its group, Gael was the most frequently used in 2018. Gael has predominantly been a baby boy name in the past century. 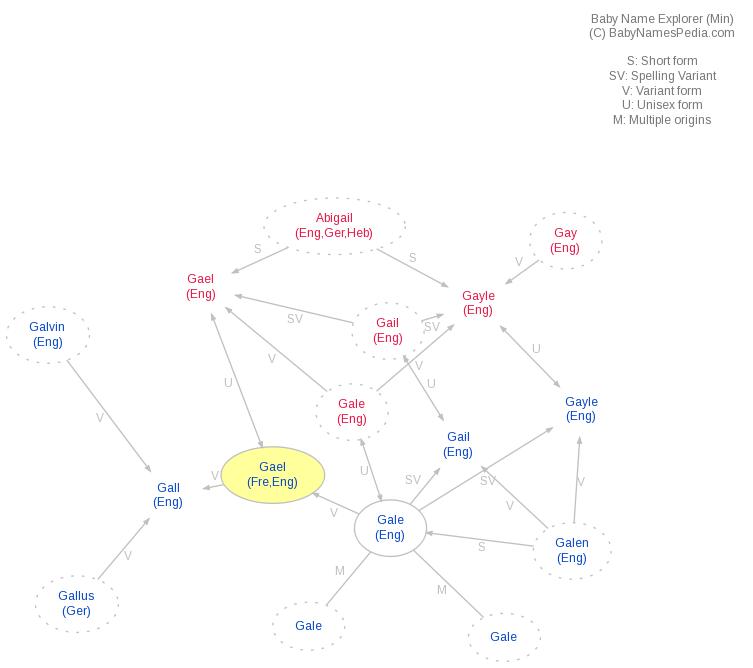