What does Gaia mean?

[ 2 syll. ga-ia, gai-a ] The baby girl name Gaia is pronounced GAY-ah or GEY-ah (English) †. Gaia's language of origin is Latin and Old Greek. It is predominantly used in Italian and English. Old Greek origin, English use: It is derived from the word ge with the meaning 'earth'. Old forms of the name include Gaea (Latin) and Gaia (Old Greek). The name was borne in classical mythology by the primal Greek goddess personifying the Earth, who gave birth to the Titans. The Gaia philosophy, first proposed in the 20th century, conceptualizes that all living organisms on a planet co-exist to the benefit of the whole.

In addition, Gaia is a form of the Italian Caia.

Gaia is the feminine version of the Italian and Welsh Caio.

Gaia is not often used as a baby girl name. It is not in the top 1000 names. In 2018, out of the family of girl names directly related to Gaia, Kaia was the most frequently used. 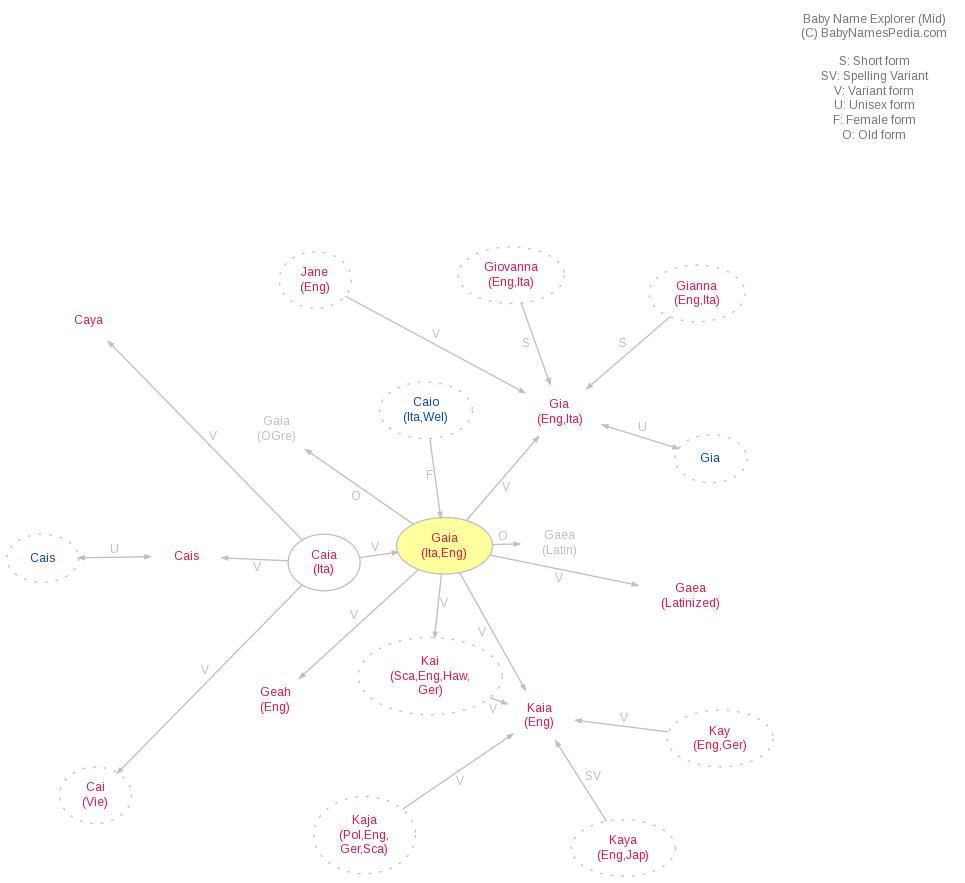