What does Gale mean?

[ 1 syll. ga-le, gal-e ] The baby boy name Gale is also used as a girl name, with the latter form being more common. Its pronunciation is Gey-L †.

Gale is used chiefly in the English language and its origin is Middle English. The first name is derived from the English surname, which is of the element 'gaile'.

Gale's language of origin is English. Here, the meaning is gale, storm. Its meaning is derived from the element 'gale'.

In addition, Gale is a short form of the name Galen (English).

Gale is rare as a baby name for boys. At the modest peak of its usage in 1937, 0.026% of baby boys were given the name Gale. It ranked at #321 then. The baby name has since substantially fallen in popularity, and is currently of irregular use. In 2018, out of the group of boy names directly linked to Gale, Gael was the most popular. 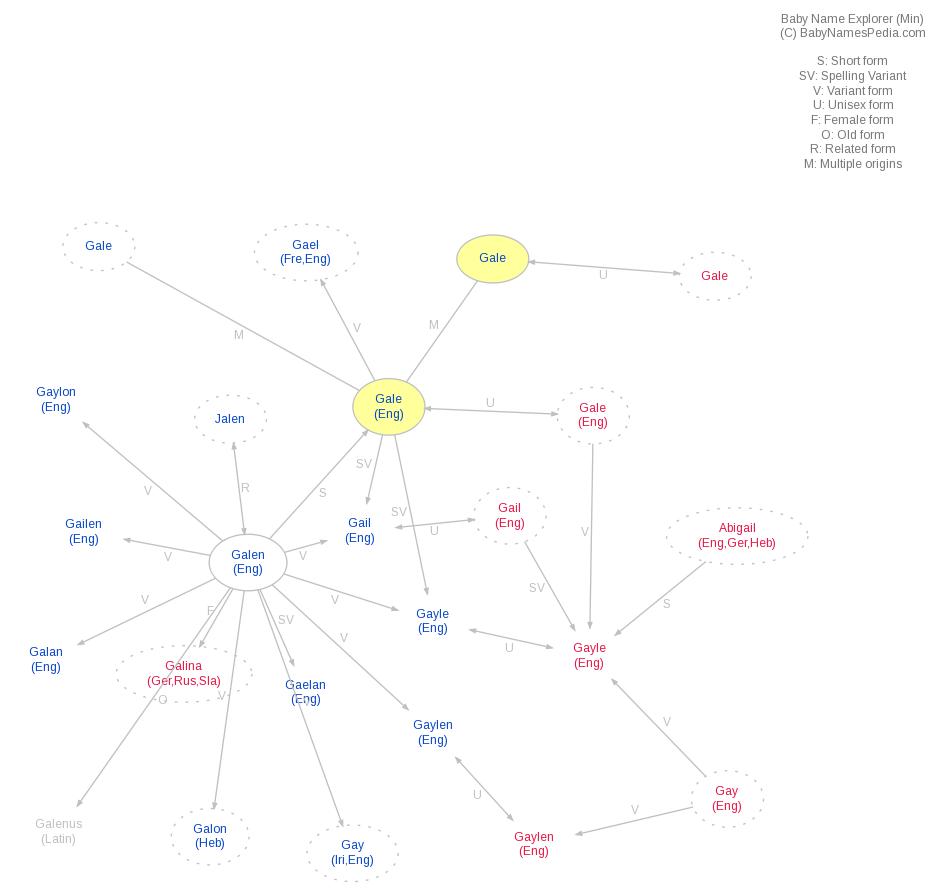