What does Garrick mean?

[ 2 syll. gar-ric(k), ga-rri-ck ] The baby boy name Garrick is pronounced as GEHR-Riy-K †. Garrick is of Germanic origin, and it is used mainly in English and German. Garrick's meaning is 'spear ruler'.

Garrick is unusual as a baby name for boys. Its usage peaked modestly in 1973 with 0.015% of baby boys being named Garrick. It ranked at #509 then. The baby name has since fallen out of favor, and is of only irregular use now. Among all boy names in its group, Garrick was nevertheless the most widely used in 2018. 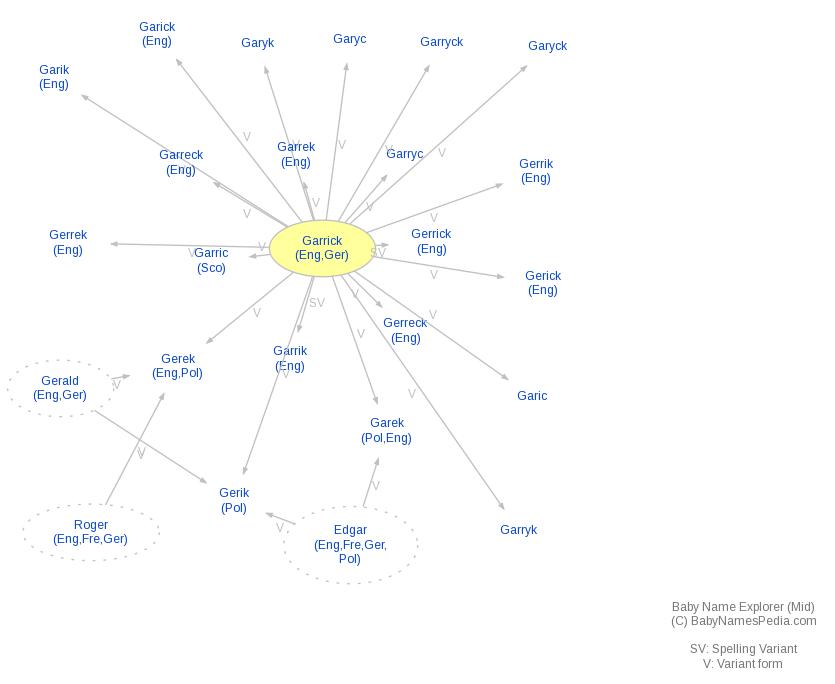