What does Gavin mean?

[ 2 syll. ga-vin, gav-in ] The baby boy name Gavin is pronounced in English as GAEV-ihN †. Gavin has its origins in the Welsh language, and it is used largely in English, Scottish, and Welsh. Gavin is of the meaning 'white hawk'. It is derived from gwalch which means 'hawk' ; gwen 'white, fair, blessed, holy'. The name is of uncertain origin; it could be from Gawain (Old French), itself from Gwalchgwyn (Welsh). The name appeared in Arthurian legend as Sir Gawain, one of the knights of the Round Table. Use of the first name dwindled in the 16th century but it saw a revival in recent times. 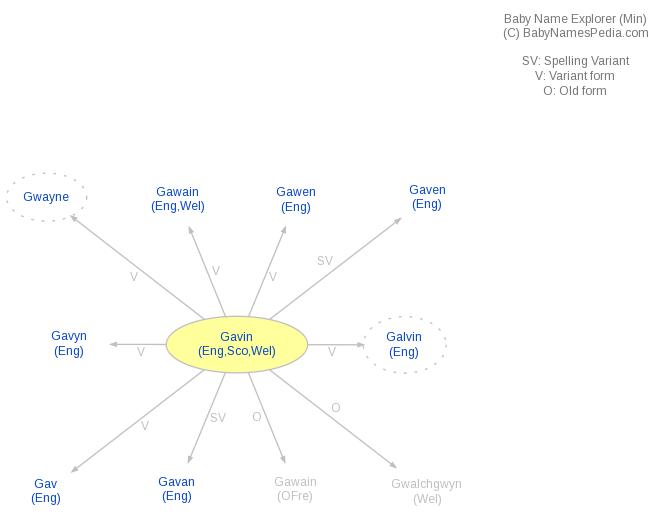