What does Genesis mean?

[ 3 syll. ge-ne-sis, gen-es-is ] The baby girl name Genesis is also used as a boy name, though the use for girls is slightly more popular. It is pronounced JHEHN-eh-SihS- †. Genesis' language of origin is Old Greek and it is predominantly used in English. It is a biblical name derived literally from the word genesis which is of the meaning 'birth, creation'. The name is known from the title of the first book of the Old Testament in the Bible, which dwells on how God created the world.

Genesis is a popular baby girl name, and it is also regarded as trendy. The name has been rising in popularity since the 1980s; prior to that, it was of only very light use. At the modest peak of its usage in 2017, 0.226% of baby girls were named Genesis. It had a ranking of #56 then. In 2018, it ranked at #57 with a usage of 0.220%, and it was the most popular out of all girl names in its family. Genesis was 20 times more regularly used than the next ranked name, Jenesis, in 2018. In the last century Genesis has mainly been a baby girl name. 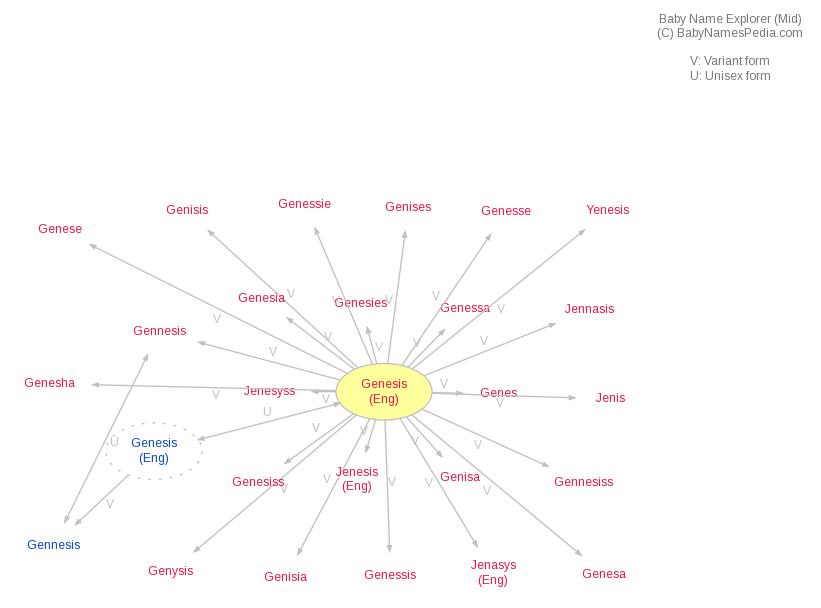