What does Geneva mean?

Geneva is used predominantly in the English language and its origin is Germanic. The name's meaning is river mouth. The first name is of recent and uncertain origin. It could be derived from the name of the Swiss city, which is located at a river's mouth.

Geneva's language of origin is Old French. Here, the meaning is 'the juniper tree'.

In addition, Geneva is a variation (English) of the name Genevieve (English, French, and German).

See also the related form, the English and German Jennifer.

Geneva is an uncommon baby name for girls. At the height of its usage in 1924, 0.200% of baby girls were given the name Geneva. It ranked at #110 then. The baby name has since fallen from favor, and is used only on a very modest scale now. In 2018, within the group of girl names directly linked to Geneva, Eva was the most widely used. 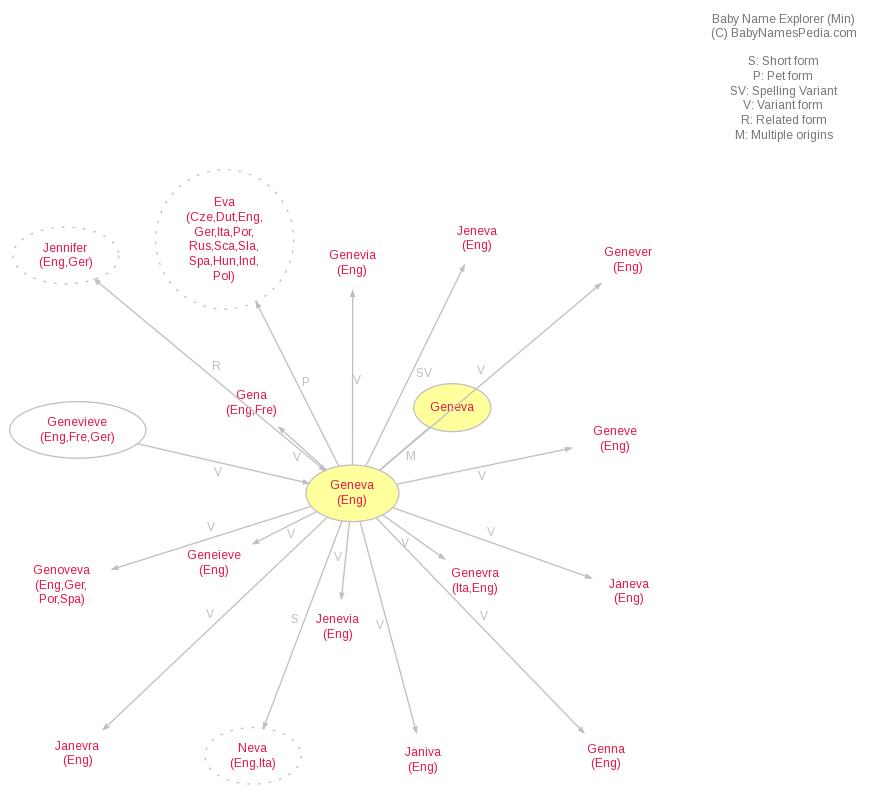