What does Genti mean?

[ syll. gen-ti, ge-nti ] The baby boy name Genti is pronounced as JHEHNTiy †. Genti is used predominantly in the Albanian language and it is also derived from Albanian origins. Gent (Latin), Genthius (Latin), and Gentius (Latin) are older forms of Genti. The name was borne by Genti (also known as Gentius), the last king of the Illyrians who ruled from 180-168 BC. The flower genus Gentiana, known as Gentian in English, was named after him because he had discovered the plant's healing capabilities. The name Genta (Albanian) is the female version of Genti.

Both the origin and meaning of Genti is inherited by all variant forms.

Genti is not regularly used as a baby name for boys. It is listed outside of the top 1000 names. 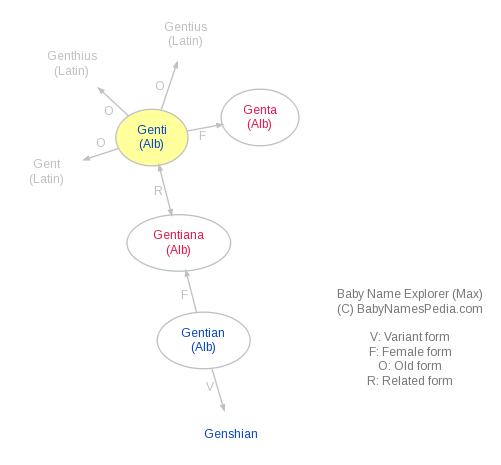