What does Georgia mean?

[ 2 syll. geo-(r)gia, ge-org-ia ] The baby girl name Georgia is pronounced JHOWR-JHah (English) †. Georgia has its origins in the Old Greek language and it is used largely in English. The meaning of Georgia is 'farmer, earthworker'. It is derived from georgos which means 'farmer' ; ge 'earth' ; ergo 'to work'. Georgia is the feminine version of the English George.

The name Georgia is used to a great extent; it has 46 forms that are used in English and foreign languages. English forms of the name include Geegee, Georgeann, Georgeanne, Georgeena, Georgeina, Georgejean, Georgena, Georgenia, Georgetta, Georgette (used in French too), Georgi, Georgiana, Georgianna, Georgianne, Georgiena, Georgina (used in German, Russian, and Spanish too), Georginah, Georgine (used in French and German too), Georgitte, Georgy, Georgyana, Georgyann, Georgyanne, Georjette, Giorgina, Giorgyna, Jeorjia, Jorgette, and Jorja. Other English variants include the familiar forms Georgene and Georgie.

Georgia is popular as a baby girl name, and it is also perceived as rather trendy. At the peak of its usage in 1904, 0.252% of baby girls were named Georgia. It was #88 in rank then. The baby name has suffered a substantial decline in frequency since then. In 2018, it ranked at #223 with a usage of 0.076%, having regained some lost ground in the recent decade. Out of all girl names in its family, Georgia was the most frequently used. 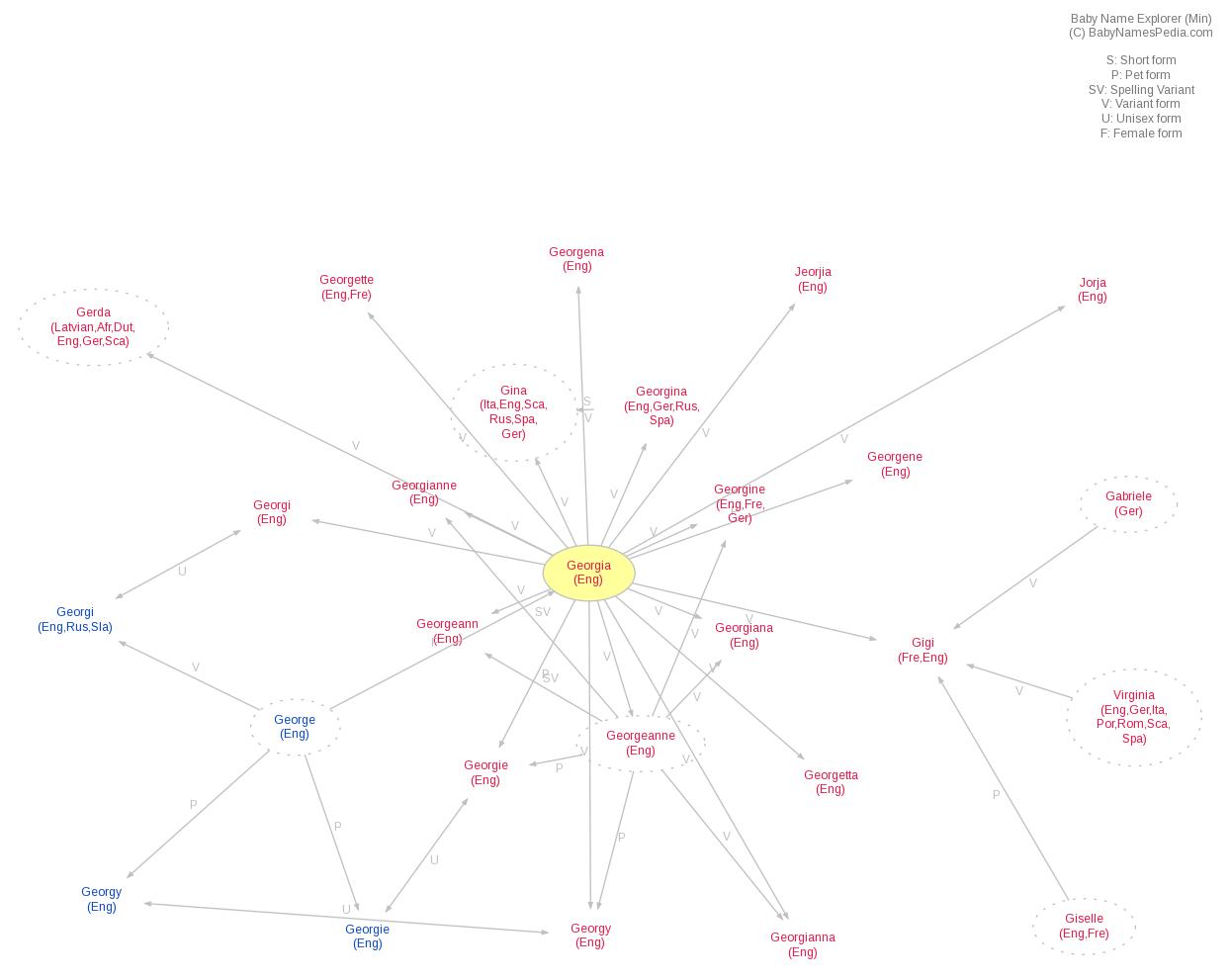