What does Geraint mean?

[ 2 syll. ge-rai-(n)(t), ger-a-int ] The baby boy name Geraint is pronounced as JHih-REYNT (English) or GEH-RayNT (Welsh) †. Geraint is used mostly in the Welsh language, and it is of Welsh and Old Greek origin.

Geraint is a derivative of the English and Welsh name Gareth.

Geraint is also a derivative (Welsh) of the Greek name Gerontios.

Geraint is not regularly used as a baby name for boys. It is not ranked within the top 1000 names. 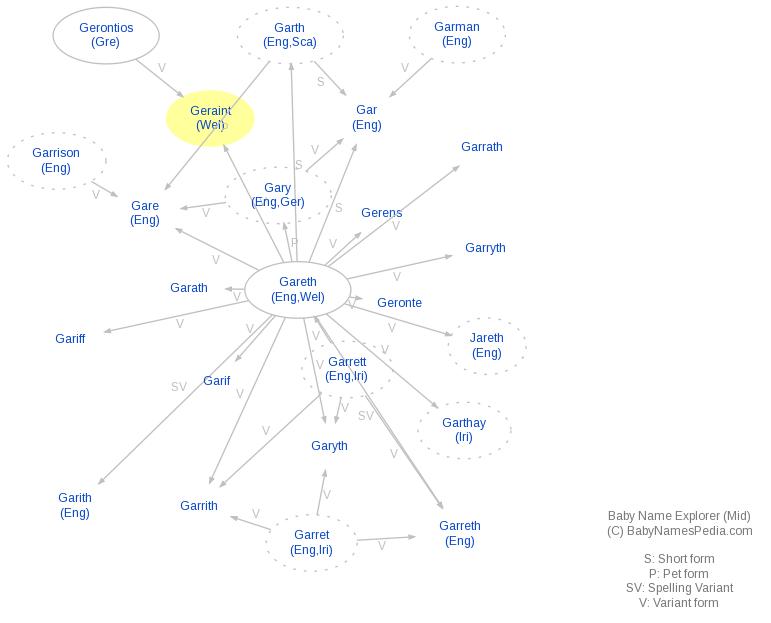