What does Geraldine mean?

[ 3 syll. ge-ral-di-ne, ger-ald-ine ] The baby girl name Geraldine is pronounced JH-ERaeLDIY-N †. Geraldine has its origins in the Germanic language. It is used largely in English, French, and German. The name Geraldine means 'spear rule'. It is a two-element name derived from ger and wald with the meanings 'spear' and 'to rule' respectively. Geraldine is the feminine version of the English and German Gerald.

What are the Variant Forms of Geraldine?

Geraldine is uncommon as a baby girl name. At the height of its usage in 1931, 0.490% of baby girls were named Geraldine. It had a ranking of #38 then. The baby name has seen a substantial decline in frequency since then, and is currently used only on a very modest scale. Within all girl names in its family, Geraldine was nevertheless the most popular in 2018.

Baby names that sound like Geraldine include Jeraldene, Jeraldine (English), and Geraldin (English). 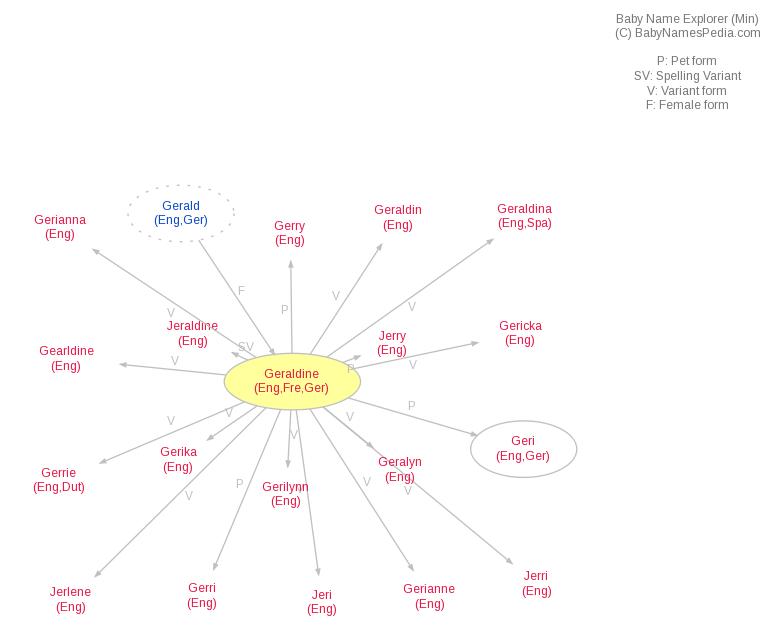