What does Germain mean?

[ 2 syll. ger-mai(n), ge-rma-in ] The baby boy name Germain is also used as a girl name. It is pronounced as ZH-erMAH-N †. Germain is used chiefly in the French and German languages, and its origin is Latin. The name is of the meaning brother. Germanus (Latin) is an original form of Germain. The meaning of Germanus was often associated with Christian brotherhood. The name Germaine (English, French, and German) and the name Germana (English, Italian, and German) are the female forms of Germain.

Germain has 21 variants that are used in English and other languages. Variants used in English include Germaen, Germaene, Germaine, Germane, Germanicus, Germanus, Germayne, Germin, Germon, Germyn, Jamaine (also used in Arabic), Jerr, Jerrie, and Jerry. Other English forms include the variant spellings Germayn, Jermain, Jermaine, Jermane, and Jermayne. German (Russian and Spanish) and Germano (Italian) are foreign variants of Germain.

Germain is not regularly used as a baby name for boys. It is not listed in the top 1000 names. In 2018, among the group of boy names directly linked to Germain, Jerry was the most popular. 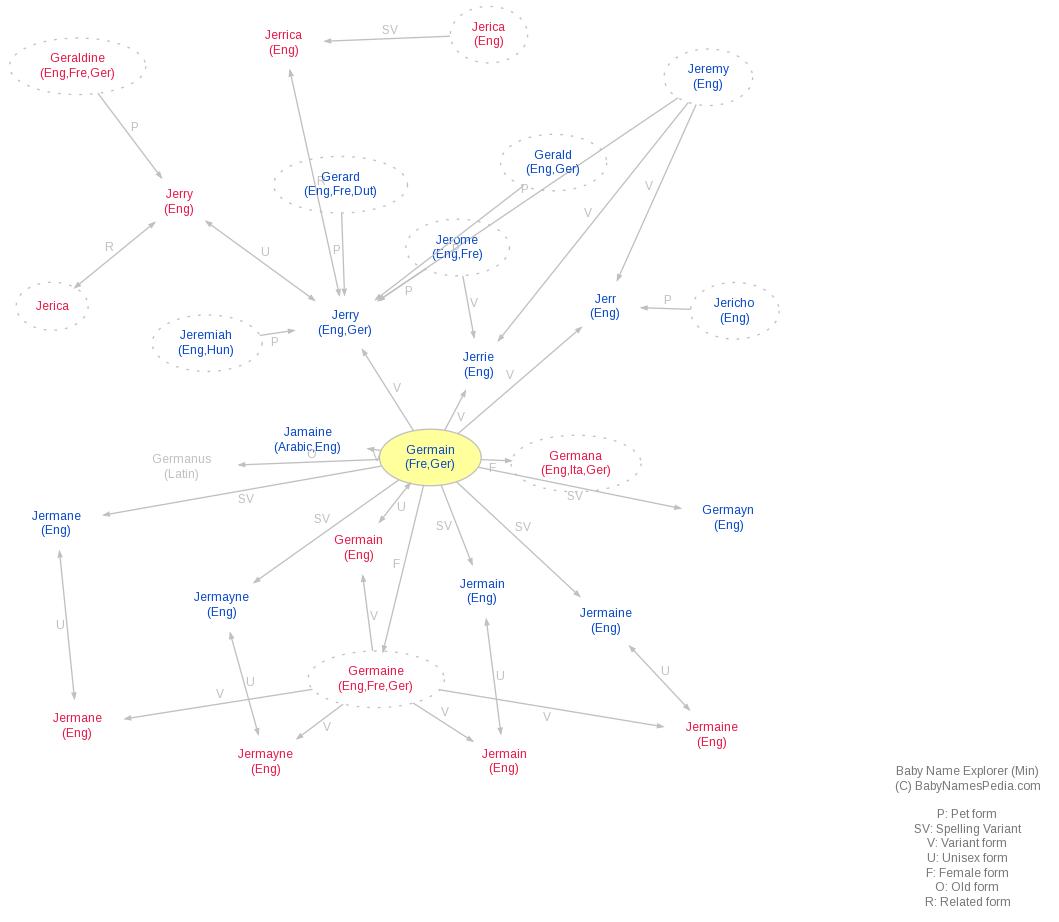