What does Germaine mean?

[ 2 syll. ger-mai-ne, ge-rma-ine ] The baby girl name Germaine is also used as a boy name, with the latter form being slightly more popular. It is pronounced as ZH-erMEH-N †. Germaine's language of origin is Latin. It is predominantly used in English, French, and German. The name Germaine means 'brother'. The name was borne by the French saint Germaine Cousin (1579-1601), whose fame boosted the popularity of the name in Europe. The name was adopted by English speakers in the early 20th century. Germaine is the feminine form of the French and German Germain.

Germaine is an unusual baby girl name. Its usage peaked in 1928 with 0.017% of baby girls being named Germaine. It had a ranking of #480 then. The baby name has fallen from favor since then, and is used only on a very modest scale today. Among all girl names in its family, Germaine was nevertheless the most popular in 2018. Although Germaine is today somewhat more frequently used for boys, there was a period from 1903 to 1963 when more girls were given the name. After 1971, increasingly the name became more popular with boys than with girls. 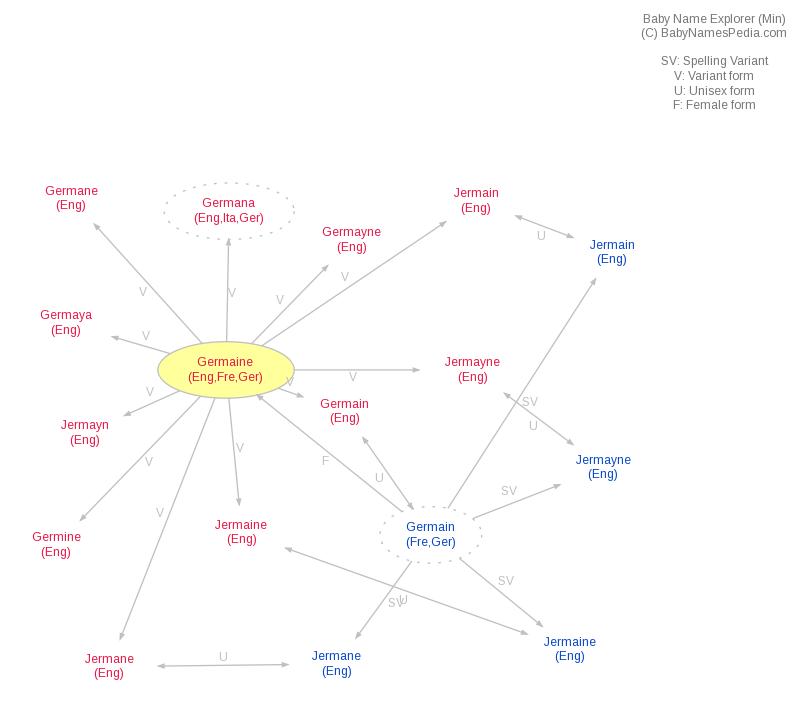