What does Germana mean?

[ syll. ger-ma-na, ge-rm-ana ] The baby girl name Germana is also used as a boy name. It is pronounced JH-ERMAANAH †. Germana's language of origin is Latin and Unknown. It is predominantly used in English, Italian, and German. From Unknown roots, its meaning is 'Teuton' - in this context, Germana can be used in the German language.

Germana is a form of the English, French, and German Germaine in the English and Italian languages.

Germana is the feminine form of the French and German Germain.

Germana is not commonly used as a baby girl name. It is not in the top 1000 names. 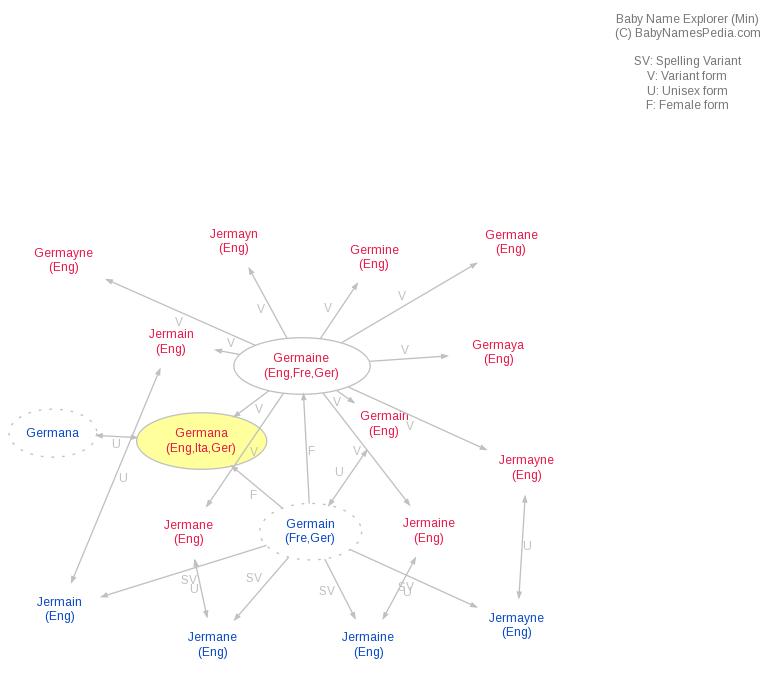