What does Gershom mean?

Gershom is used mostly in the English language and its language of origin is Hebrew. The name's meaning is exile; sojourner. In the Old Testament of the Bible, Gershom was the son of Moses and Zipporah. He was born in exile away from Moses' homeland of Egypt; his name means 'exile' in Hebrew, from 'ger sham' meaning 'a stranger there'. The name is sometimes taken to mean 'sojourner'. The biblical associations led to the adoption of the name by 17th-century Puritans.

Gershom is of Old English origin. It is from gaers meaning 'grassland' ; ham 'home, house'. The first name can be derived from the surname Gershom or Gresham, which is itself from the Old English elements 'gaers' and ham (meaning 'home, house'). The locational surname is taken from a place named Gresham in Norfolk, England.

Gershom is not commonly used as a baby boy name. It is not listed within the top 1000. 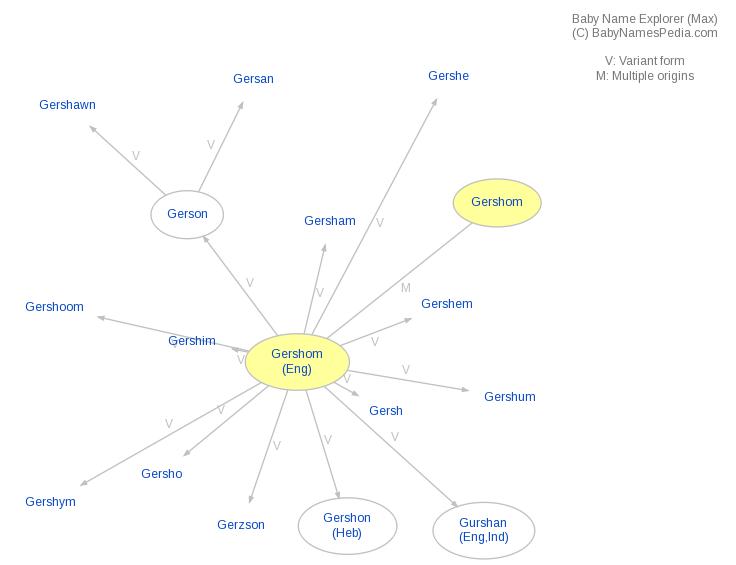