What does Gertrude mean?

[ 2 syll. ger-tru-de, ge-rtr-ude ] The baby girl name Gertrude is pronounced in English as GAHR-TRuwD or in Dutch as K-ahR-TRUY-Dah †. Gertrude is used predominantly in Dutch, English, French, German, and Italian, and its origin is Germanic. A two-element name, it is derived from the elements 'ger' which means spear ; 'trud' strength, power.

The name was borne by Saint Gertrude of Nivelles (626-659), whose cult first popularized the name. She was an abbess of the Benedictine monastery of Nivelles in present-day Belgium. She is venerated as the patron saint of cats, and is invoked against mice. Saint Gertrude the Great (1256-1302) was an influential Benedictine nun and mystic writer in Helfta near Eisleben, Germany. Due to her fame, the name Gertrud became widely popular in Germany. Among English speakers, the name was first introduced in the 15th century by settlers from the Low Countries who were in the cloth trade. The name saw a revival in the Romantic revival of the 19th century, but it is today seen as rather outdated. Its popularity could have been diminished by the use of the nickname 'Dirty Gertie'. In literature, the name has been used by Shakespeare for the incestuous mother of the titular character in Hamlet (1599-1601).

Gertrude is unusual as a baby name for girls. In 1900, 0.812% of baby girls were named Gertrude. It ranked at #23 then. The baby name has since markedly slipped in popularity, and is currently of irregular use. Among all girl names in its group, Gertrude was nevertheless the most popular in 2018. Gertrude has mostly been a baby girl name, though in the past century it has also been used for boys. In 1911, the name Gertrude was given to 121 times as many baby girls than boys. 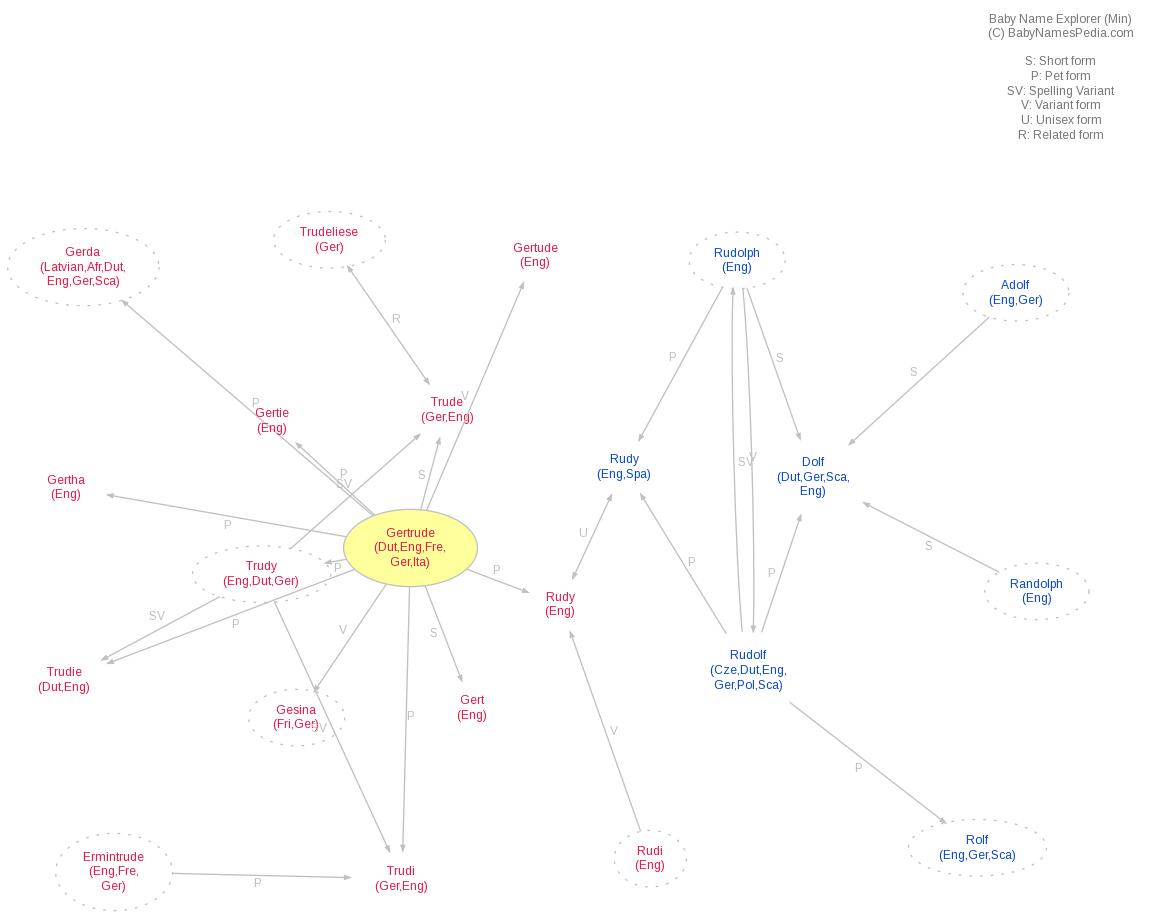